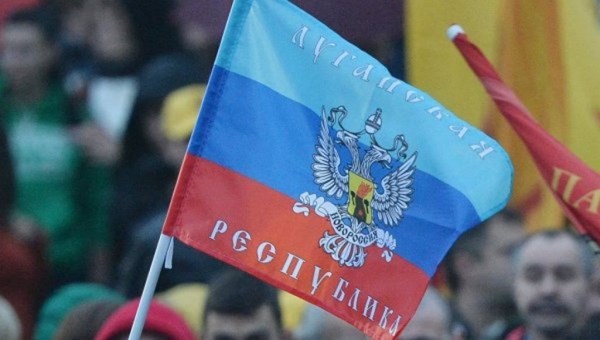 The removal of so-called head of the Luhansk People's Republic (LPR), Igor Plotnisky, from his position is the result of internecine power struggles between Russian proxies in the separatist-controlled Donbas. Recent events in the LPR indicate that Russian military won in a confrontation with Russian security services, military expert Oleg Zhdanov told Apostrof news agency.

The events in Luhansk are actually inner fight among the Russian special services. Most likely, Russia wants to create a quasi-state modeling the separatist-controlled Luhansk and surrounding areas by mirroring the Transnistria break-away region in its sort of updated version: re-shaping the border with Ukraine based on a demarcation line [between the territory controlled by the Ukrainian government and the conflict-torn area] with support of ideas promulgated by Russian statesmen from the State Duma ( Russian Parliament).
Russia refused to discuss the deployment of the [United Nations] peacekeeping mission to the Donbas, prompting United States Special Representative for Ukraine, Kurt Volker, to say that Russia and supported by it separatists had two ways to go: to succumb to the deployment of the peacekeeping mission or to move on with the creation of a new Transnistria, which will entail new sanctions and so on.

The Russian military has taken control in the area. They have pushed the Russian security services out of the game and have taken the so-called republic under their control. What will be their next step, will they mold the LPR and the so-called Donetsk People's Republic (DPR) into a single formation or maintain two separate republics, we will see over some time. But judging from the fact that Igor Plotnisky is already in Moscow and has resigned, they will likely join the two republics into a single formation.

Plotnisky was controlled by the Federal Security Service of Russia (FSB), as is the Luhansk republic. The self-styled Donetsk republic and its head, Alexandr Zakharchenko, are controlled by the General Staff of Russia, that is, by the Russian Ministry of Defense. It was not the FSB that supported the fired Interior Minister of the LPR, Igor Kornet. Zakharchenko ordered separatists loyal to him to back him up, and an armed private group entered Luhansk (which was recorded by the OSCE monitors).

All this boils down to one thing: the Russian military have pushed out the Russian security services. After all, there is an internal political struggle in Putin’s surroundings and Sergey Shoygu (Russian Minister of Defense), as a close confidant of Putin, holds in his hands control over the territories, budget spending to support the territories, and the movement of contraband in both directions. Shoygu certainly persuaded Putin that if he and the state body he heads (Defense Ministry) had full control over the entire area it would be much more effective and manageable.

Putin always leaned more towards the Army, despite the fact that he himself is the product of the KGB-FSB Russian special services. But he never trusted and always derailed the FSB. And the FSB is the least loyal to Putin’s administration among the governmental management structures of Russia.