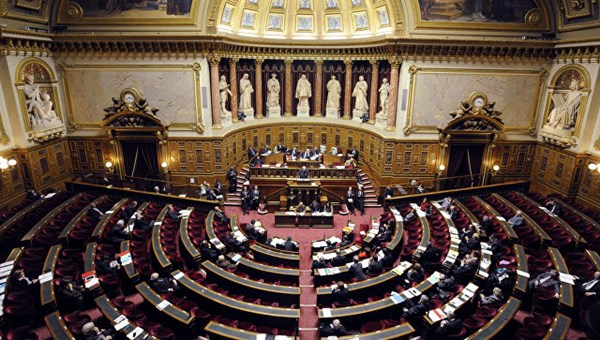 The US Senate has called for a “tough operation” to liberate the Kerch Strait for navigation, with nearly half of senators urging President Donald Trump to take such a step, BBC reports.

The authors of the resolution, which was signed by 39 Senate members, believe that this is a necessary response to Russia’s actions in the Kerch Strait on November 25, when it captured three Ukrainian vessels and their crews.

The resolution was drafted by Republican Ron Johnson, head of the Homeland Security Committee and the European Security Subcommittee, and Democrat Richard Durbin.

“The US and our allies must immediately respond to Russia’s military aggression in the Kerch Strait with a forceful and decisive step,” Johnson said. “Holding an international sea operation for freedom of navigation should ensure safe passage from the Black Sea to the Azov”. The senator believes that such a response would “surprise Vladimir Putin”.

The senators urged Trump to organize a powerful operation to liberate the Kerch Strait for navigation. It would be intended to “support internationally recognized borders, bilateral agreements” and ensure the safe passage of ships through the Kerch Strait and the Sea of Azov. The senators believe that such a step will “fight back against Russia’s extreme territorial claims”.

Earlier, NSDC Secretary Oleksandr Turchynov told BBC that Ukrainian ships would soon make another attempt to pass through the Kerch Strait, this time with help from Ukraine’s international partners such as the OSCE and NATO.

Russian media called Turchynov’s statement “provocative” and warned that a new attempt by Ukrainian ships to pass through the Kerch Strait could “aggravate the situation”.