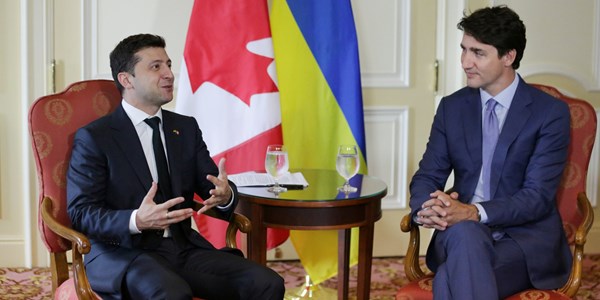 Volodymyr Zelensky thanked Trudeau for Canada's firm position against Russia's return to the Group of Seven because of the aggression, which continues in the Donbas, as well as the annexation of Crimea.

"He also noted that in a situation where Ukrainians continue to die, it is impossible to let Russia back to the G7, but it is important to force Russia to fulfill its obligations," reads the message of Zelensky’s press-service.

It is noted that the leaders of both countries agreed to continue the discussion on the issues of countering Russia's policy and protecting the interests of Ukraine after the G7 Summit in France.

Earlier, media reported that US President Donald Trump and French President Emmanuel Macron allegedly agreed that Russia should return to the G7 in 2020.

In turn, Ukrainian President Volodymyr Zelensky said that the condition for Russia's return to the G8 is the return of Crimea to Ukraine, the cessation of fire in the Donbas and the release of political prisoners.