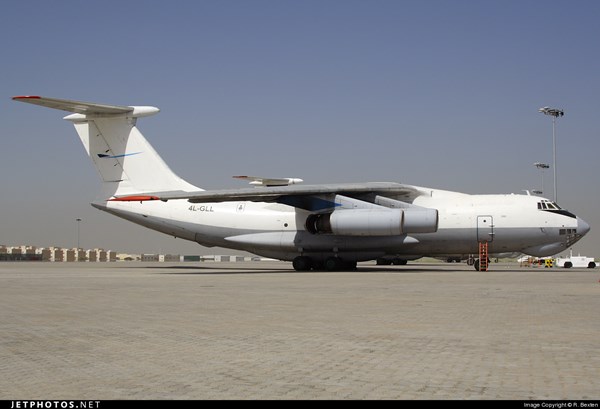 An Il-76TD aircraft belonging to the Ukrainian company SkyAviaTrans was destroyed by drones while parked at the Misrata Airport in Libya, LIGA.net reports, citing the company’s director Elena Malakhova.

The plane had flown from Ankara to Misrata with humanitarian cargo as part of a cooperation with the International Red Cross organization. Malakhova notes that the company has documents to prove this.

At roughly 3:17 AM (Kyiv time), immediately after arriving in Misrata, while the aircraft’s cargo was being unloaded, drones opened fire on it. The first projectile hit the right wing and started a fire. At that time, some of the crew had already fled from the aircraft. When it was hit, several people were on board, but they were successfully evacuated. The crew is currently safe, and there were no casualties.

According to Malakhova, several projectiles were fired, and the aircraft was completely destroyed. Two drones were involved in the attack, with one of them photographing and videoing the incident. Within 40 minutes, various Russian bloggers and news outlets had already published photos and videos of the attack.

“It seems to me that [the attack] was not unrelated to Moscow’s support of General Haftar’s illegal government, which is trying to seize power in Libya,” the company’s director remarked.

The incident has been confirmed by Ukraine’s Foreign Ministry, which noted that the crew’s return to Ukraine is currently being arranged.

“As a result of the attack, the tail end of the aircraft was destroyed, a crew member received a minor injury, and the navigator’s passport documents were destroyed. The entire crew was evacuated to a safe place,” the Foreign Ministry reported.

The company is now in contact with the Ukrainian consulate, attempting to arrange for the eight crew members to return to Ukraine. SkyAviaTrans has not provided any specific information about the cargo, but it is presumed to be completely destroyed. Without taking into account equipment or cargo, the destroyed Il-76TD alone was worth an estimated $2.5 million.