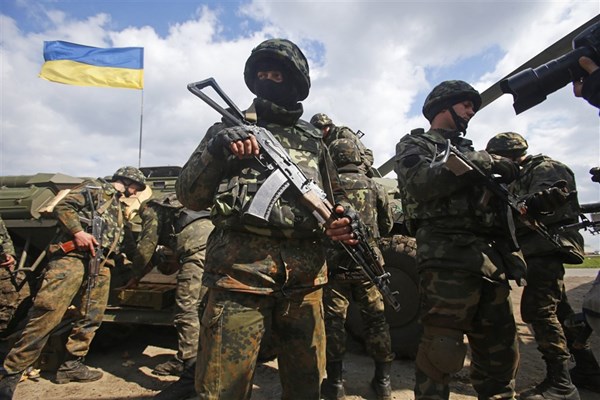 The Ukrainian ministry of defense will send additional sixteen troops for the peacekeeping mission in Afghanistan until the end of 2018, said, at the briefing on Tuesday, Valentin Levchik, acting head of the Main Directorate for Military Cooperation and Peacekeeping Operations of the General Staff of the Armed Forces of Ukraine.

He noted that this is in accordance with the previous agreement. “To send the personnel to the NATO mission Resolute Support in the Islamic Republic of Afghanistan, specifically 16 people and two mine-clearing dogs,” Levchik stated.

In total there are 11 soldiers serving in Afghanistan. They have the assignment of demining the area and counteracting self-made explosives as part of NATO’s rapid response forces in the province of Herat.

Levchik added that the Ukrainian ministry of defense also decided to participate in forming a multidisciplinary group integrated with UN stabilization mission in Mali.
In particular, a staff officer and a military observer will be involved in the mission.
In March, Ukrainian President Petro Poroshenko stated that Ukraine is ready to increase its involvement in UN peacekeeping missions if this will expedite the deployment of peacekeepers in the  Donbas.