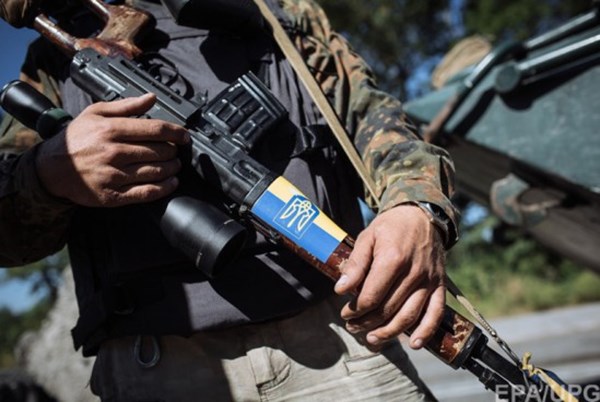 The Ukrainian military has liberated the town of Pivdenne in the Donetsk province from militants, the headquarters of the Joint Forces Operation (JFO) reported.

According to the report, at the start of April the enemy became active in Pivdenne. Illegal armed groups visited the town twice a week in order to test the local population for loyalty to the Ukrainian government and to demonstrate their presence in the town.

The headquarters of the 24th Mechanized Brigade named after King Danylo developed a plan to take control of Pivdenne. At 02:00 on May 8, the personnel of the brigade’s reconnaissance divisions began putting the plan into action.

At 06:00 on May 8, brigade divisions set out for the eastern fringes of Pivdenne. During the first stage (taking control of Pivdenne), the brigade did not suffer any casualties. According to the JFO, the enemy took the following losses: 1 militant was killed and another was wounded.

“Beginning at 11:00 on May 8, the enemy has been using the activity of a sabotage and reconnaissance group and periodically firing on the brigade positions to attempt to drive them out of Pivdenne. With response fire the brigade divisions have caused the enemy significant losses: at least 15 people have been killed or wounded,” the report states.

One Ukrainian soldier was mildly wounded during the operation.

“At present, the situation in the town of Pivdenne is difficult, but controllable. The military mission to hold Pivdenne is being carried out by the division of the 24th Mechanized Brigade,” the Ukrainian military command.