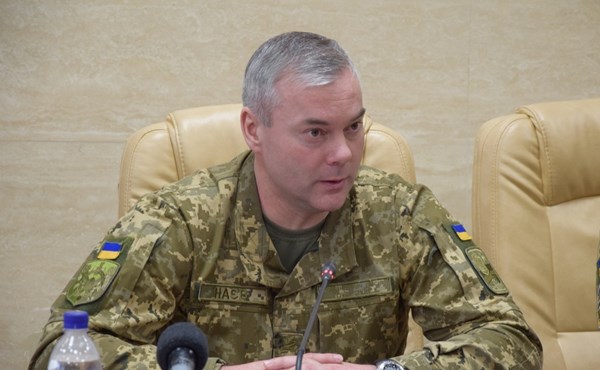 Russia can go on the offensive in the south of Ukraine at any time. But today there are no immediate signs of such an offensive, said the commander of the Joint Forces of the Ukrainian Armed Forces, Lieutenant-General Serhiy Nayev in an interview with RBC-Ukraine.

"Military threats from the Russian Federation in the south of Ukraine are only growing every year. We cannot say that there are immediate signs that the Russian Federation will begin military aggression in the near future. However, the rapid militarization of the occupied peninsula (Crimea) and the creation of a super-powerful military base there only increases the threats to Ukraine's national security," he said.

According to him, the events of 2014 suggest that the Russian Federation can move to real hostilities in the south of Ukraine at any time convenient for the Russian leadership.

"Another reason for actualizing this issue is the initiation by the leadership of our country of the Crimean Platform. Because of this the Russian Federation is only increasing pressure to prevent the development of an effective mechanism for the peaceful de-occupation of Crimea, threatening a possible expansion of armed aggression," Nayev added.

Earlier, the representative of the Ukrainian delegation in the Trilateral Contact Group Serhiy Garmash said that after the elections to the State Duma there the Kremlin will begin radicalization of its policy towards Ukraine.