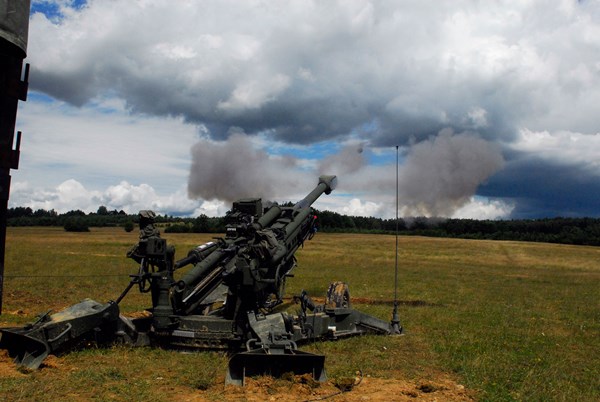 New western weapons are being shipped to the Ukrainian military on the front lines, which will be a very unpleasant surprise for the Russian troops, said Ukrainian Defense Minister Oleksiy Reznikov.

The Minister confirmed that Ukraine had received heavy weapons from the Western partners, including long-range artillery of 155mm caliber. According to Reznikov, these weapons will allow the Ukrainian military to carry out artillery strikes on the Russian troops at a long distance, blocking their offensive.

"In November (2021), we started conversations about Stingers (MANPADs). We were refused, we were told that it was impossible. But, in January, we already received the first Stingers. We were also told that it was impossible to get 155mm artillery systems, and now we are getting them. We deliver new "Easter gifts" every day across the border in special convoys. And tomorrow there will be new "Easter gifts" for our Armed Forces, which use them very successfully against the enemy," said the Ukrainian Defense Minister.

It On April 22, US Deputy Secretary of State Victoria Nuland confirmed that the U.S. is supplying multiple rocket launcher systems to Ukraine. Several countries, the United States, Great Britain, the Baltic countries, the Czech Republic, Romania and others, have recently started supplying long-range artillery to Ukraine.