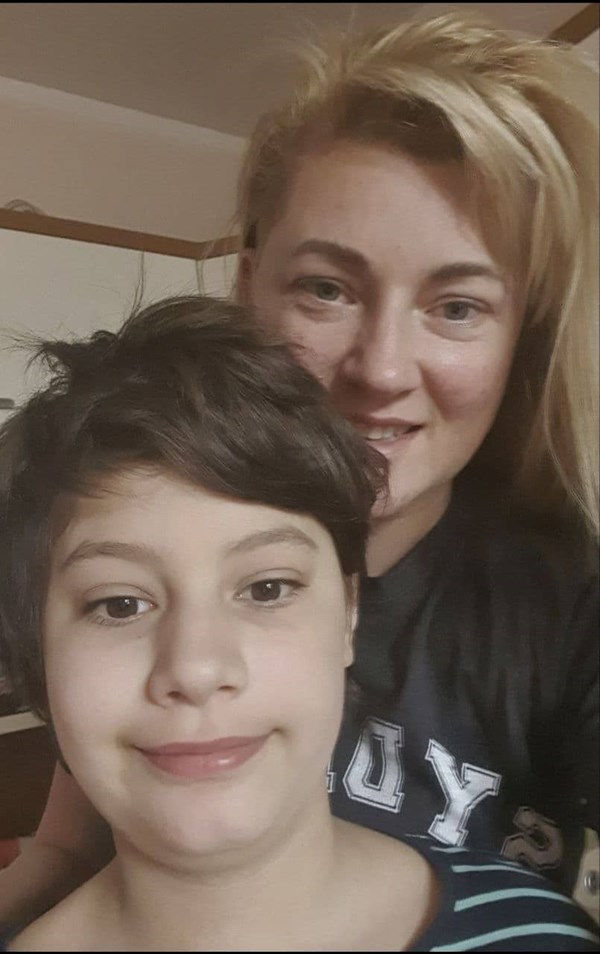 Ukrainians who were working or vacationing abroad at the time of Russia's full-scale invasion of Ukraine remained cut off from their families. It was especially painful for those who had children living in cities that were being shelled by Russian troops.

Here is one such stories with a happy ending. 9-year-old Maksim travelled 1000 km with strangers to get from Chernihiv to Krakow, Poland. His mother Victoria S (the woman did not want to indicate her family name), tells the story of his escape and why she decided to let her son go on his own.

Every day there were fewer and fewer ways to leave.

Victoria S. is a single mother. She could not find a job at home, so a year ago she went to work in Poland. Her son lived in Chernihiv with his grandmother, Nina. At every opportunity, Victoria flew to Ukraine or took the boy to Poland to spend time together. The last time was in November when Maxim lived in Krakow with her for two months.

"At the end of January, I brought him to Ukraine. I wanted him to finish 4th grade back home and then return in the fall to go to school in Krakow. Then on February 24, at 8 a.m., I got a message from Maxim “the war has begun!” I didn't believe it right away, I thought, my baby, is making it up," says Victoria.

Victoria works several jobs and usually has no time to follow the news. She first learned about the threat of war on February 20, during a medical examination. The doctor having heard that Victoria was from Ukraine, exclaimed: "So you have a war there!". At that time in most regions of Ukraine people still lived a normal life. They drank coffee in the morning, took children to daycare and schools, and then went to work. So, Victoria did not consider the doctor’s words as truth. But then every Ukrainian’s life was destroyed by Russian shells.

"When they started bombing Chernihiv, I lost my peace and sleep. I understand that it is difficult for people there, amid war. But it's even harder to know that my child, my meaning of life is there, and I'm 1,000 km away and I can't take him away," she recalls.

Every night Maxim slept in a large cold bomb shelter not far from his house. This went on for 25 days. The child got used to it. When the air raid sirens sounded during the day, the boy would take his backpack and run with his grandmother and dog Jimmy to the shelter. Many people were hiding in the shelter from the bombing, but others stayed there permanently because their homes had been destroyed.

Victoria understood quickly that it was necessary to find a way to get Maxim out of that situation. But there were no direct trains to the west of Ukraine from Chernihiv. The city authorities warned that the exits from the city were mined, and the Russian troops were opening fire on civilian cars. The grandmother also categorically refused to leave, so Victoria had to figure out from afar how to take her son out.

In Poland, Victoria volunteered to help Ukrainians fleeing the war. She knew many volunteers in Ukraine so on March 20, she called one of them in Kyiv.

"I asked if they could help take my son out of Chernihiv. Unexpectedly, the volunteer offered two options: with an elderly woman or mother and two teenage children. I chose the second option. That mother's name is Lesya," Victoria shares.

We had to act quickly. It was already evening, and her son was supposed to be in the agreed place at 6.30 am. There was no contact with Nina's grandmother. So, Victoria wrote to her neighbors to tell them place and time of Maxim’s departure. She said she didn't believe it would succeed until the end.

But at 9 p.m., the phone rang. It was the woman who wanted to check and clarify the details.

Using only the light from matches, the grandmother collected the boy’s things and the next morning she took the boy to the meeting place.

On the way, the Russians fired on buses with children and women.

On March 21, school buses were waiting for people in the agreed place. The trip was organized by volunteers and was free of charge. That day, they evacuated more than 600 women and children. When a convoy of buses crossed the road bridge, shelling began.

"Lesya describes the bombing as very intense. People fell to the floor. But thanks to God and the skilled drivers, the passengers were saved. Everyone is alive," says Victoria.

The trip from Chernihiv to Kyiv, which usually takes 1.5-2 hours, took almost 8 hours. When Victoria found out that her son was in Kyiv at the station, she burst into tears.

For all the trip, Maxim did not talk. He was quiet like a mouse and was only looking out the window. He saw rockets and shells flying over the train.

"These were the worst days of my life. And the most difficult decision was to send my little boy with strangers on such a long and dangerous road. Now I know I did everything right. And I am very grateful to Lesya for keeping him safe," says Victoria.

Lesya and her children flew to France. Now, Victoria and Maxim are trying to make up for lost time in Krakow. The boy recovers from his experience in Chernihiv and his journey to meet his mother. He is still coughing because of the nights spent in the cold bomb shelter.