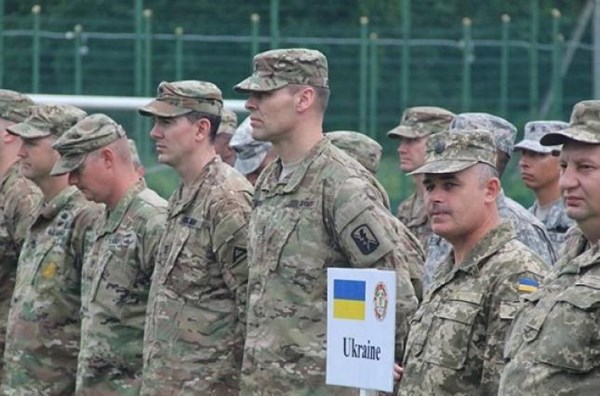 International military exercises Rapid Trident-2019 will be held from September 13 to 28 near Lviv, Ukraine, reports the General Staff of the Ukrainian Armed Forces on its Facebook page.

More than 3,600 troops and 600 pieces of equipment from the United States, Britain, Canada, Georgia, Lithuania, Turkey, Moldova, Bulgaria, Poland, and Romania will participate in the drills. The 10th Mountain Assault Brigade of the Ukrainian Ground Forces of the Operational Command West that was formed during the fighting in the Donbas will also participate in drills. Special Forces Operational Detachment-Delta will participate in the exercises from the American side. Lithuanian–Polish–Ukrainian Brigade LITPOLUKRBRIG international brigade will also be involved in the exercises.

According to the General Staff of Ukraine, the military will learn "to counteract armed aggression in a hybrid war" and "work on several combat, logistics, and humanitarian tasks." The Ministry notes that such exercises are conducted as part of the Partnership for Peace program.

From July 1 to 12, the international military exercise Sea Breeze-2019, that were organized by Ukraine and NATO countries, were conducted on the Black Sea. The United States also participated in the drills. Nineteen countries attended the exercises, and it involved 32 ships, 24 aircraft, and more than 900 soldiers.