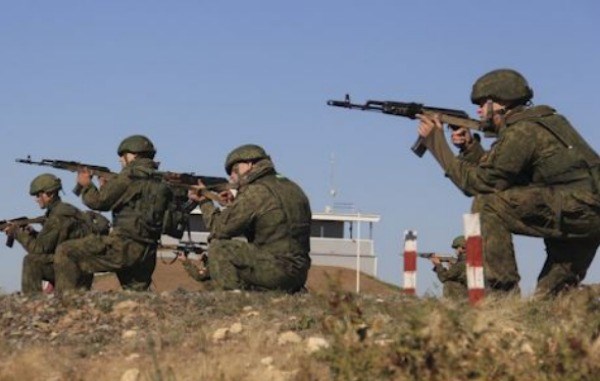 The command of the Russian armed forces in the Donbas is intensively calling for more and more Russian military. However, they are massively refusing to serve, in particular, due to the unofficial status of their service there, stated the speaker of the Ministry of Defense, Dmytro Hutsulyak, during a briefing, with reference to the information of the Main Intelligence Directorate of the Ministry of Defense of Ukraine.

According to the speaker, since the beginning of November this year, in all the Russian military districts, Russia is contracting officers and sergeants to ensure simultaneous rotation and recruitment of the first and second army corps of the Russian Armed Forces.  Previously, only persons from the local population filled these positions.

Due to this, twice as many Russian soldiers are involved in the training than usual, said Hutsulyak.

"At the same time, the recruited Russian military personnel massively refuse to serve in the temporarily occupied territories of the Donetsk and Luhansk regions. They argue their decision based on the unofficial status of their mission, being recognized as war criminals in the event of capture, low payment allowance and large-scale irrevocable and sanitary losses in the formations and units of Russian occupation forces, " said Hutsulyak.