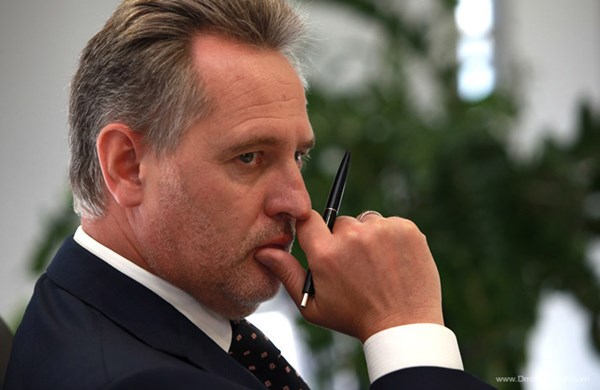 Ukrainian Prosecutor General Yuriy Lutsenko warned that he will take on Dmytro Firtash next month. "In the coming month, Mister Firtash will have good news for us from the prosecutor’s offices. It will concern regional gas enterprises, chemical factories and enterprises in the temporarily annexed territories,” the Prosecutor General told journalists on Wednesday at the presentation of the strategy of development of the Prosecutor’s Office in the Crimea in 2019 to 2022.

Lutsenko expressed his disbelief at the “insolence” with which a Ukrainian citizen asked Moscow to punish Ukraine. By his account, Firtash crossed the line, which earned him indictments, seizure of property and other legal actions.

Firtash, the Chairman of Group DF is now living in Austria. He was arrested by the local authorities on March 12, 2014 at the request of the US authorities issued in 2013.

During the previous American Administration, the Ukrainian businessman was accused of bribing officials in the amount of $18.5 million to get permission to extract titanium in India for subsequent sale in the USA. Firtash denied all accusations, saying they were politically motivated, directed to limit his influence on the processes in Ukraine.

He is now involved in litigation with the Austrian authorities to avoid extradition to the USA.