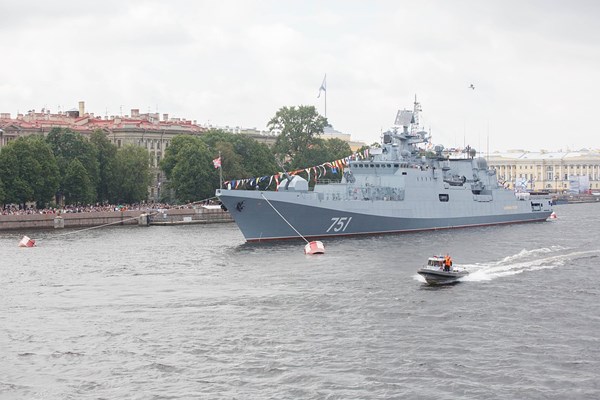 Two frigates from Russia’s Black Sea Fleet, the Admiral Grigorovich and Admiral Essen, have set out from Sevastopol to join the Russian squadron in the Mediterranean Sea, the Russian Defense Ministry’s website reported.

“Making the transition by sea, the ships performed a range of ship combat exercises at the fleet’s combat training sites in the Black Sea,” the report states.

As part of the drills, Ka-27PL helicopters took off and landed from the frigates’ decks. The frigates also searched and monitored for submarines.

The Defense Ministry added that, at the time of writing, the ships were traversing the Bosporus and Dardenelles straits, and were scheduled to join the fleet by the end of the day.

Earlier, the Pytlivy patrol boat and two landing boats, the Nikolay Filchenkov and Orks, traversed the Bosporus straight and headed for the Syrian port of Tartus, where Russia has a naval logistics facility.

On August 16, the Russian squadron in the Mediterranean Sea was joined by a modern small missile ship from the Black Sea Fleet, the Vyshniy Volochek, which is equipped with Kalibr cruise missiles.

On August 11, the anti-submarine ship Severomorsk and the missile cruiser Marshal Ustinov from Russia’s North Fleet entered the Mediterranean.

In June, the fleet received two corvettes from the Caspian Flotilla, as well as a large landing ship.