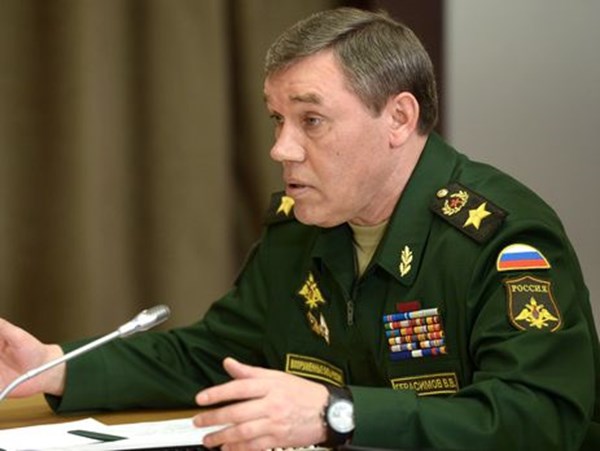 Chief of the General Staff of the Russian Army Valery Gerasimov will personally lead the offensive of the Russian troops in the Izyum axis, reported the Ukrainian news website Defense Express.

According to Defense Express, Gerasimov has allegedly already arrived at the Russian military control centre located near the city of Izyum.

"Since Gerasimov personally arrived to command an operation not of a strategic, but of an operational-tactical level, it means that the Kremlin's plan to create a single vertical command of the forces waging war against Ukraine, which was to be headed by a "political appointee", Army General and Commander of the Southern Military Administration Alexander Dvornikov, has failed," the newspaper notes.

Defense Express also points out to a certain “peculiar style" in the Kremlin's military operations. According to the newspaper, the Russian’s are trying to "compensate" for the "shortcomings" of their vertical command by increasing firepower in a separate segment of the front.

As an example, in the morning report, the General Staff of the Ukrainian Armed Forces noted that near the border city of Belgorod the Russians deployed two additional divisions of the Iskander missiles, which were obviously taken from the depleted resetrves. The Russians are already forced to use anti-ship Kh-35 missiles for shelling Nikolaev, or Tochka-U missiles for strikes on the Dnipropetrovsk region.

"We can assume that such "shortcomings" of the vertical command will become a precursor for the defeat of the Russian offensive in the Izyum axis. Therefore, the Kremlin can already begin to count the days until the defeat, " Defense Express writes.

Earlier, the General Staff of the Ukrainian Armed Forces reported that the Russians are increasing the pace of the offensive with major attacks happening in northeastern Ukraine and Donetsk axis. Russians are deploying additional forces to Izyum and trying to encircle Ukraine troops in the east.