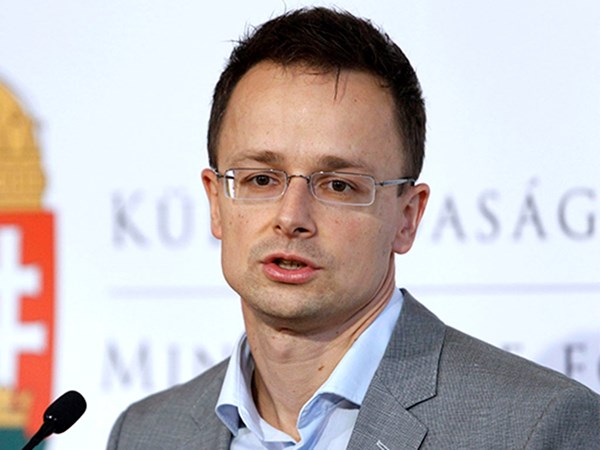 Hungary will not support the rapprochement of Ukraine with NATO until Kyiv stops their attacks on the Hungarian minority, the Hungarian Ministry of Foreign Affairs cites Foreign Minister Péter Szijjártó as saying.

Szijjártó noted that Hungary is outraged by the fact that the highest level of politics in Ukraine is becoming a platform for extremism and anti-Hungarian sentiments.
According to Szijjártó, the country that speaks of European and Euro-Atlantic aspirations cannot allow ultra-nationalist and anti-minority ideas.
“Hungary made it clear, that it, in no way, can we support the rapprochement of Ukraine [with NATO] until the situation in this area improves. Hungary will continue to support the Hungarian minority until Ukraine provides legal guarantees”, stated the Minister.

As reported, the NATO Secretary General confirmed that, at the summit of the Alliance, there will be no decision made about including Ukraine in the Enhanced Opportunities Partners program.

Stoltenberg did not confirm or deny the statement of Ukrainian MP Anna Hopko that the decision on this statute was blocked by Hungary. He did, however, advise Ukraine to cooperate with Hungary in this matter.