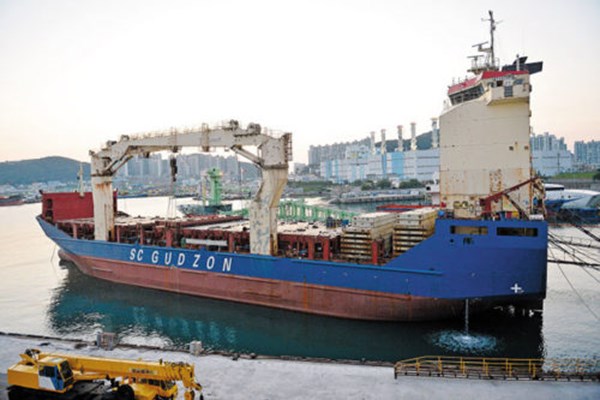 South Korea denied the ships of the Russian company Gudzon Shipping entry to the country’s ports, the Kommersant newspaper reports with reference to the company’s General Director, Gennady Kononenko.

“I have documents showing that South Korean authorities denied the entry [to the ports],” Kononenko said.

According to Kononenko, one of the company’s ships is now approaching the shores of South Korea. ”[The ship] Bogatyr is on its way. The vessel needs a permit to enter the South Korean port. They [the South Korean authorities] have not accepted the request since yesterday,” Kononenko said.

The company asked the Russian Embassy for assistance. Russian diplomats later replied that there should be no problems with entering South Korean ports as there is no ban in place, TASS reports. Nevertheless, the bulk carrier Bogatyr loaded with iron and steel scrap has not yet received permission to dock.

On October 2, South Korea released the Russian ship Sevastopol that belongs to Gudzon Shipping and that was detained in the port of Pusan. It is expected to leave the city this week or at the beginning of next week.

On August 21, the USA imposed sanctions against Russian shipping companies suspected of being involved in oil trade with the Democratic People’s Republic of Korea. Gudzon Shipping was among the sanctioned companies. The US Treasury states that the sanctions applied to those suspected of supplying refined petroleum products to North Korea. The Russian ships allegedly used to transfer the oil directly to North Korean ships in the open sea.