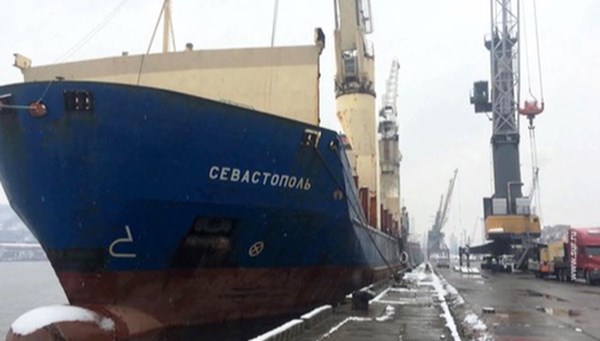 The Russian cargo ship Sevastopol belonging to the Vladivostok-based Hudson shipping company has been detained in the South Korean Port of Busan, reported on Saturday, September 29, by Pyotr Osichansky, a representative of the International Transport Workers’ Federation of Russia (ITF) in the Far East.

According to him, the Sevastopol was arrested by “an agent who does not give authorization for departure”. The vessel’s captain received a letter in Korean with the relevant information on the evening of September 28.

A representative of the Hudson shipping company told RIA Novosti that the detention was politically motivated. The company’s management had already made contact with the Russian consul in South Korea, Roman Bykov.

Pyotr Osichansky assumes that the situation will not change over the weekend. The ITF suspects that the arrest is related to sanctions on the Hudson shipping company, possibly sanctions by the UN Security Council prohibiting the company to trade with North Korea. In August, the South Korean Foreign Ministry said that the Sevastopol would be inspected for objects that violate this UN resolution.

The South Korean media reported that the Russian ship had docked in Busan for repairs.

On July 1, the US introduced sanctions against three Russian companies and one Russian citizen for aiding the development of the North Korean nuclear program.

In March 2016, US President Barack Obama introduced extensive sanctions related to North Korea’s nuclear program, and gave the US authorities permission to blacklist any companies and citizens who collaborate with the major sectors of the North Korean economy.