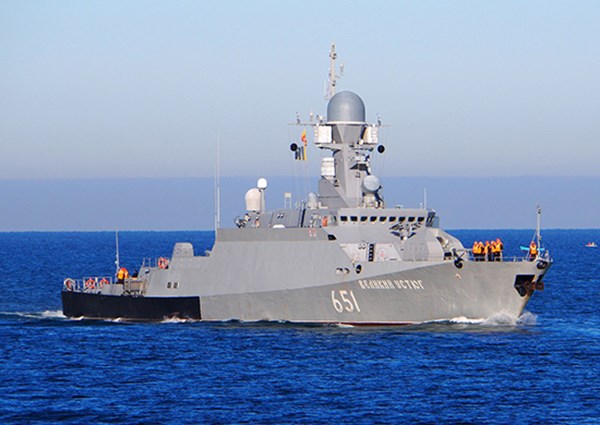 On Monday, October 21, two small missile boats from Russia’s Caspian Flotilla, “Uglich” and “Velikiy Ustyug”, passed through the Kerch Strait and entered the Sea of Azov, the Russian Defense Ministry announced on its website.

The crews of the two vessels are known to have carried out assignments as part of the Russian Navy’s permanent Mediterranean Sea unit. Velikiy Ustyug completed its mission in June and Uglich in July. The boats are now returning to their permanent base.

The Uglich recently transported an icon of the Apostle Andrew, patron saint of the Russian Navy, to occupied Sevastopol from the port in Tartus, Syria.

It was the Velikiy Ustyug’s first time in the distant sea zone and second time in the Mediterranean, the previous time being from June to October last year.

Recently, it was reported that Russia had deployed an anti-submarine vessel in the Sea of Azov.