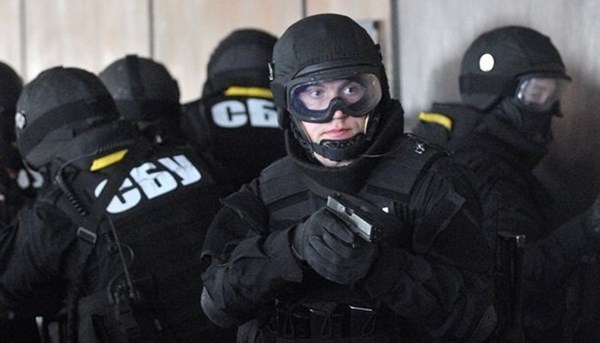 The Security Service of Ukraine (SBU) reported the uncovering of a Russian agent who worked in the secretariat of the Ukrainian government.

According to the SBU, the official was recruited by Russian intelligence during a “long trip abroad”. “On the instructions of Russian supervisors, using special equipment, the official collected information on the operation of the state structures. The malefactor passed on the information through electronic communication channels,” the SBU reported.

The official was arrested at work by law enforcement officers. The SBU noted that the arrest was done “with the cooperation of the Ukrainian government”. He was charged with high treason (Sec. 1 Art. 111 of the Ukrainian Criminal Code), which carries a penalty of 12-15 years of imprisonment.

The SBU report notes that the investigation surrounding the official is still underway. Intelligence officers are searching his house and workplace.
The SBU published a photograph showing the handcuffed official being escorted after arrest.

In November, SBU officers arrested the commander of the self-propelled artillery division of the Armed Forces of Ukraine, who was accused of collaborating with the FSB. The officer deserted the Ukrainian army in the Donbas, after which he went to Crimea. In November he returned to Kyiv to deal with personal affairs, and was arrested. The SBU reported that the man had passed on what he knew about the anti-terrorist operation forces.