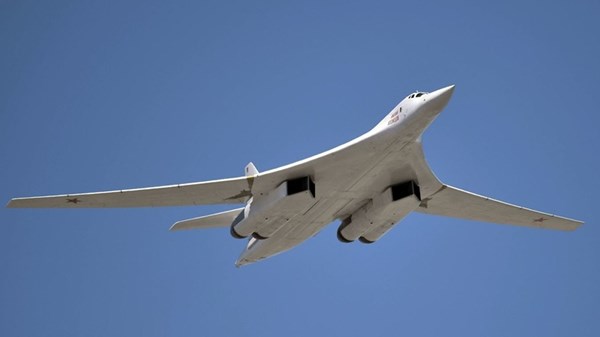 A pair of Russian Tu-160 strategic bombers made a 13 hour planned flight over the neutral waters of the Barents, Norwegian and North seas this week, the Russian Defense Ministry reports.

The bombers were escorted by MiG-31 interceptor jets, and during the flight, the Tu-160 crews practiced aerial refueling.

At various stages of the route, the Russian aircraft were accompanied by F-16 jets belonging to Denmark and Norway. “All flights by the Russian Aerospace Forces are done in strict compliance with the international rules for airspace use,” the Russian defense department stressed.

The Tu-160s had made their previous flight over the same seas only a few days earlier, on 29 March. On that occasion, they were escorted by British and Danish military aircraft.

The British Defense Ministry reported that it had scrambled Eurofighter Typhoons to prevent the Russian bombers from entering British airspace. The department noted that there had been a similar incident on 27 March.

At the end of January, US and Canadian fighters escorted Tu-160 bombers that had entered the Canadian aerial defense identification zone. The Russian Defense Ministry said that the bombers had flown over the neutral waters of the Arctic Ocean.