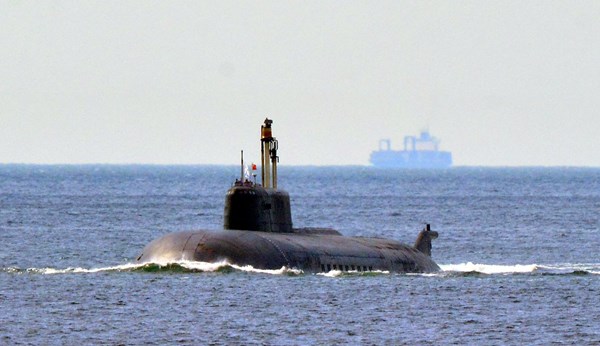 There was an accident on the Russian nuclear submarine K-266 Orel, reports the Danish Navy press service on its Facebook Page.

The submarine, which was built in the late 1980s, is equipped with two nuclear reactors and belongs to the same class as the Kursk submarine sunk in 2000.

According to the Danish Navy, the submarine stalled in the Baltic Sea near Aarhus, Denmark's second largest city, and was unable to move due to possible problems with the propulsion system.

The incident occurred on July 30, when the submarine was on its way to the Russian Northern Fleet base after the Navy Day parade. Orel’s crew was seen on the deck in life jackets. Shortly after, a tugboat of the Northern Fleet Altai approached the submarine.

The submarine was approached by a patrol ship of the Danish Navy Dian, and its crew offered assistance to the Russian sailors, but the Russians refused.

There was no direct radio communication with the submarine, and the response came from the destroyer Vice-Admiral Kulakov, which accompanied the submarine.

After some time, the problem seemed to have been fixed and submarine resumed its course.

The official representative of the Norwegian Joint Headquarters, Major Elisabeth Eikeland, said that the problems with Russian submarines are always a cause for concern.

" It is always worrying when a vessel of this type has problems with propulsion. We expect the Russian authorities to contact us if they have difficulties with other ships off Norwegian coasts," she said.

At the moment, there are two Russian nuclear submarines, Vepr and Knyaz Vladimir, off the coast of Norway.

The Russian Ministry of Defense denied Denmark ‘s statements that the submarine Orel broke down in the Baltic Sea, although not officially.

A source in the Russian Defense Ministry, who wished to remain anonymous, told RIA Novosti that the reports of the Danish Navy are not true.

“The submarine passed the straits as part of a detachment of warships of the Northern Fleet and is currently performing its designated tasks,” the source said.