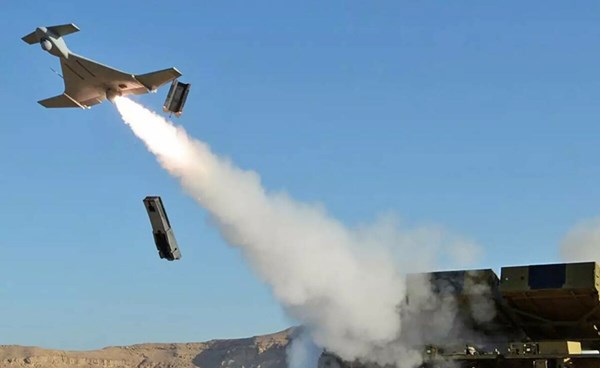 According to analysts, Baku "owns the sky" by actively using Turkish drones. This fact allowed some experts to call it the end of the so-called tank era: armored vehicles, even equipped with a dynamic protection system, are completely defenseless against the swarm of Bayraktar TB2 drones.

Observers note with hope and dismay that the parties have not yet resorted to the use of key weapons, such as Iskander tactical missiles and the Polonez precision-guided multiple rocket launchers.

Both sides do not actively use the Air Force because they both have Russian made S-300 missile systems.

The Russian media at the same time continues to actively promote the topic of weapons provided to Azerbaijan by Israel.

The Russian newspaper Moskovskij Komsomolet writes that Israel had supplied Azerbaijan with new smart weapons. These are the Harpia systems, which, according to the article, are capable of destroying Russian S-300 and even S-400 air defense systems.

Russian military expert in the field of air and space defense, the head of the anti-aircraft missile forces of the Russian Air Force Special Operations Command (Moscow Air Defense District, 2007-2009) Sergey Khatylev claims that Israel sent Harpia to the area of the Armenian-Azerbaijan conflict for testing. Khatylev claims that this is the second stage of testing, the first was conducted in Syria, where the Israelis allegedly deciphered frequencies of Russian S-300 air defense systems.

"We are talking about a mobile system, which consists of a launcher for several unmanned aerial vehicles (UAVs) which operate as kamikaze drones. That is, the task of such a disposable vehicle is to reach the target, fall on it and destroy it with its warhead," says. The author writes, without specifying the source of the information, that Jerusalem has handed over these systems to Baku at no cost.

"I would not say that something terrible happened for the Armenian air defense aftre the delivery of Harpia to Azerbaijan. It's just that the Armenians will have to properly cover their S-300 systems, conduct aerial reconnaissance, timely destroying not only the Harpia drones, but all the others which operate in the range of S-300 anti-aircraft missile systems," Moskovskij Komsomolet quotes Khatylev as saying.