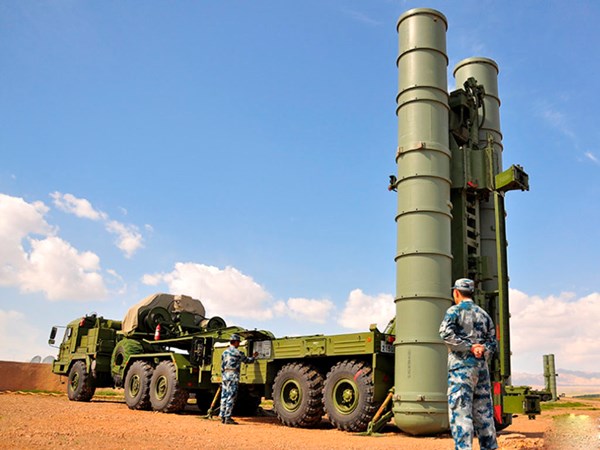 The Russian S-300 aerial defense systems delivered to Syria demonstrated their utter ineffectiveness during an attack by the Israeli Air Force in the early hours of 1 July, writes the Russian news site Avia.pro.

The ineffectiveness of Syria’s S-300 is most apparent in light of the fact that they are currently considered the most long-range anti-air systems in Assad’s army, the site notes.

The news outlet’s anonymous experts drew attention to the fact that Israel used long-range missiles in its attack, firing from outside the S-300 systems’ effective targeting range. In addition, the Israeli aircraft reportedly fired while in international airspace.

The analysts believe that the effectiveness of Syria’s aerial defense systems could be improved by relocating the batteries closer to the Mediterranean Sea, but that would put the S-300s themselves at risk, because they themselves would almost certainly be targeted by the Israelis.

The Russian site’s article ends with a rather unexpected message: If Moscow means to change the situation drastically, it should send S-400 systems to Syria, which have a much larger range.

Please visit out Twitter account for updates on the situation in Ukraine.
Follow us on Twitter
Merkel: lasting peace in Europe is possible only together with Russia
Ukrainian President Zelenksky calls on NATO to carry out a preemptive nuclear strike on Russia
Ukrainian Defense Minister: Russia has attempted to purchase large shipment of body armor and winter uniforms through Turkey
Kyiv: Russia is not allowing Ukrainians with Russian passports to leave its territory
Ukrainian military says Russian aircraft launched missile strike on Ukraine from Belarus for first time since August
Poland asks U.S. to deploy nuclear weapons to its territory
Russia vows to take back territories liberated by Ukraine
700,000 Russians have left the country since Putin's mobilization announcement
Shoygu: more than 200 thousand people conscripted to Russian army since the beginning of mobilization
Kremlin: borders of Russia-annexed territories of Ukraine will be established after consultations with local population
Czech Republic crowd funds purchase of T-72 tank for Ukraine
Kyiv: about 5 thousand Russian troops are encircled in Lyman
Russian troops are trying to withdraw from Lyman
U.S. buys $2.9 billion worth of South Korean weapons for Ukraine
German intelligence providing Ukraine with information about locations and movement of Russian troops
U.S. General Ben Hodges: by mid 2023 Ukrainian troops will enter Crimea
The Kremlin has decided to postpone official annexation of Ukrainian territories
German media: Nord Stream and Nord Stream 2 pipelines damaged beyond repair
Kyiv: U.S. is supplying Ukraine with devices to counter Iranian drones used by Russia
President of Kazakhstan promises safe heaven to Russian draft-dodgers