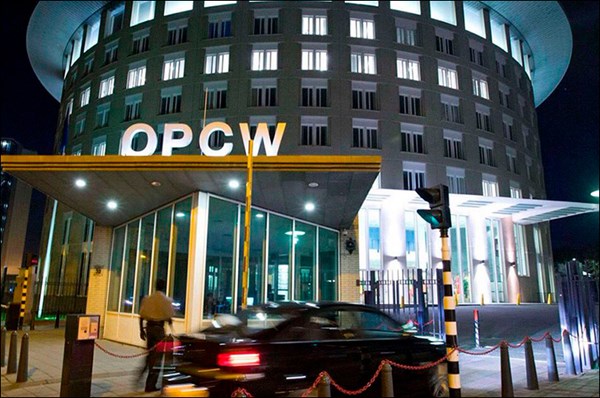 A senior diplomat from the Russian embassy in The Hague is suspected of coordinating a hacker attack on the Organization for the Prohibition of Chemical Weapons (OPCW, headquartered in The Hague). As reported on Monday, December 3, by the French newspaper Le Monde citing the Dutch press and its own sources, the former second secretary of Russia’s diplomatic mission, Konstantin Bakhtin, is considered "one of the organizers of this special operation by Russian special services."

Le Monde writes that the “hacker attack” on the OPCW was coordinated from the embassy. Konstantin Bakhtin allegedly repeatedly spoke on the phone with the “persons responsible for the operation" in Moscow. His conversations were intercepted by the Netherland’s special intelligence services.

According to journalists, the name of the former head of the embassy’s protocol service, Anton Naumkin, also appears in the investigation. According to the Dutch press, he met "four Russian intelligence agents" at the airport in Amsterdam.

The reports about the Russian special services hacker attack on the OPCW appeared in early October. According to the Dutch Ministry of Defense, four Russian military intelligence officers with diplomatic passports tried to gain access to the Wi-Fi network of the Organization’s headquarters.