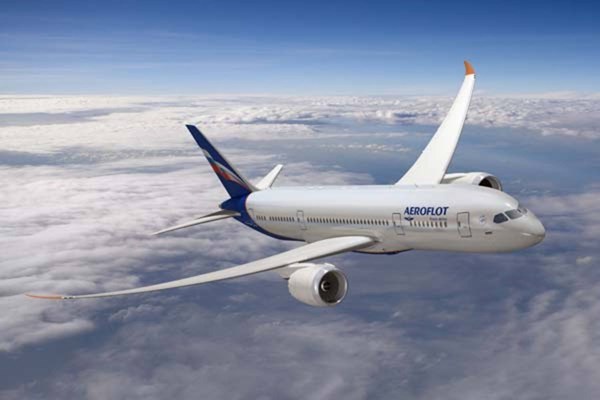 Russian airlines have started to bypass  Belarus’ airspace, despite the fact that the European restrictions do not apply to them.

Forbes reports, citing sources in the airline industry, that about 10 Russian flights flew around Belarus as of May 27.

"It is impossible to give the reasons for the change of routes and whether it is due to political motives," said one of the publication sources. "There may also be technical reasons."

According to another source, the airlines had asked in advance the aviation authorities for the permission to bypass Belarus.

On Thursday, Aeroflot had to cancel a flight from Moscow to Vilnius because Lithuania banned the arrival and departure of flights that fly over Belarus.

According to a Forbes’ source at one of Russia’s largest airlines, Aeroflot tried to obtain a permission for a route bypassing Belarus but did not receive it from the Russian aviation authorities. A source in Russian Federal Air Transport Agency, Rosaviation, told Forbes that its is possible that the airline did not have time to get permission to fly to Vilnius "for technical reasons."

On Wednesday and Thursday, Russian authorities did not issue permits to enter Russian airspace for two European flights, Air France from Paris and Austrian Airlines from Vienna. Both planes were going to fly over Belarus.

Rosaviation, explained that it could not issue permits because of the increase in the number of requests from airlines. The agency warned that "if the previously approved routes from/to European destinations in/through Russian airspace are being changed, a possible increase in processing time for these permits should be taken into account."

On Friday night, Rosaviation held an urgent meeting, where it was decided to allow European flights bypassing Belarus to enter the Russian airspace. Air France, Austrian Airlines and Lufthansa said they had received from Russia permission to use the new routes for Saturday flights .

Sources of The Bell news agency in the airline industry do not believe in the official version. “Obtaining a permit for a new route under normal conditions is never delayed for a day”, says one of them.

“Restrictions on entry into Russian airspace are a political decision,” the newspaper's interlocutors believe.