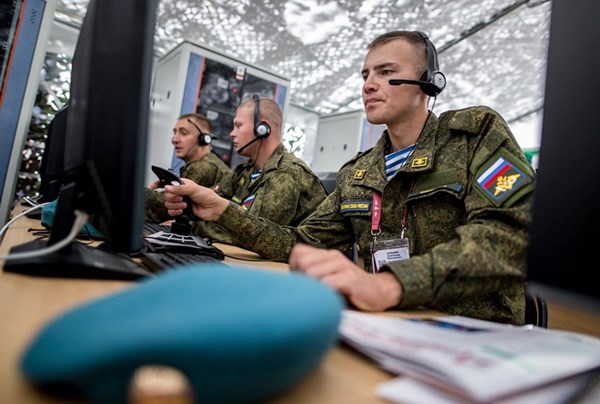 Russia’s State Duma has passed a bill on the second reading which prohibits soldiers from sharing sensitive information online. The initiative was proposed after a number of cases where journalists used soldiers’ social network posts to discover details about Moscow’s secret role in foreign conflicts.

The bill bans soldiers and reservists from publishing any information online which could be used to discover their whereabouts or role in the armed forces.

The ban is extensive, applying to photographs, videos, geolocation data and other information.

The law also bans soldiers from sharing information about fellow soldiers or the relatives of soldiers. Offenders will be faced with disciplinary measures.

“Information placed by soldiers on the internet or in the mass media is used for information or information-psychological effect, and even in individual cases to form a biased appraisal of Russia’s state policy,” the bill’s introduction states.

For several years, investigative journalists have been using information from open sources online to find out about Russia’s role in secret operations abroad.

For example, the website Bellngcat used social network posts to compile reports about Russian soldiers’ involvement in the downing of the MH17 passenger plane over Ukraine in 2014. The criminal investigation in the Netherlands concluded last year that the plane had been shot down by a surface-to-air missile belonging to the 53rd Brigade of the Russian army. Moscow denies any involvement in the incident.

Roman Dobrokhotov, editor-in-chief of the online news outlet The Insider, notes that social networks have been used in many other investigations into the wars in Ukraine and Syria. For example, journalists have been able to track posts made by fellow soldiers or relatives concerning the death of Russian soldiers in these conflict regions.

The news agency Reuters used social networks to identify Russian citizens fighting in eastern Ukraine at a time when Moscow denied that there were any Russian soldiers there.

According to the Russian newspaper “Izvestia”, Russia’s Defense Ministry gave similar instructions in 2017.

The State Duma will consider a third reading of the bill, before passing it on to the Federation Council, and finally to President Putin for signing.