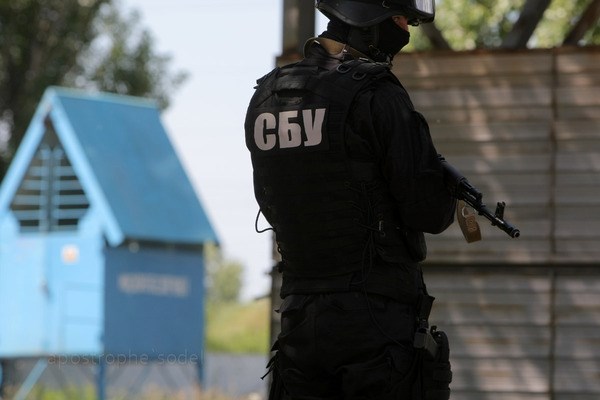 Ukrainian Security Service (SBU) is behind the detention of Russian mercenaries in Belarus, writes the Russian newspaper Komsomolskaya Pravda with reference to an informed source.

33 Russian citizens were detained in Belarus on July 29th. According to Belarusian law enforcement officials, they came to the country to destabilize the situation before the presidential elections. Ukraine said that among the detainees there are those who fought in the Donbas and asked for their extradition.

According to the source of Komsomolskaya Pravda in the Russian special services, a group of former members of the private military company The Wagner Group was recruited to protect facilities of the Russian oil giant Rosneft abroad. One of the veterans of the Donbas war, Artem Milyaev (nom de guerre "Shaman"), was actively involved in the recruitment process. However, as it turned out, the direct organizer of the recruitment was using an internet phone with virtual numbers and his e-mail box stopped working two days after the arrest of the Russians.

180 people were recruited and divided into five groups. Four of them were to take an Istanbul-Havana-Caracas flight from Minsk.

"In the first group headed by Shaman, there were mainly people who had Ukrainian citizenship and fought in the Donbas. This group was joined by Andrei Bakunovich, who was already in Minsk," the article reads.

The newspaper claims that the Russians were given plane tickets, which, as it turned out, were purchased in Ukraine.

"While the Shaman group was preparing to leave, their tickets to Istanbul were cancelled and rebooked for July 30. The group members were not even informed about it. However, while the group was traveling from Moscow to Minsk, the July 30th reservation for the majority of its members was also canceled," the newspaper notes.

According to the newspaper, on July 25, Shaman was informed about the cancellation of the flight and the postponement of the July 30 flight and was instructed to destroy the old tickets.

"By tearing up the tickets, the Russians thereby destroyed important evidence, which would lead to the SBU buildings in Lviv and Kyiv, ," the article reads.

The newspaper notes that on July 29 the Shaman group was detained by the Belarusian security forces, and Bakunovich was detained separately, which "implies that Minsk had received a list of "passengers" from Kyiv."

"Throughout this operation, the Security Service of Ukraine seems to have intended to kill several birds with one stone - the ubiquitous, nightmarish and terrible private military company Wagner, which would ricochet to one of Russia’s largest companies, Rosneft. But the main blow, undoubtedly, would be dealt to Russian-Belarusian relations," the newspaper stresses.

On July 29, 33 Russians, allegedly members of the Russian Private Military Company the Wagner Group, were detained near Minsk. Belarusian media reported that the country's law enforcement agencies were informed about the arrival of more than 200 militants in Belarus "to destabilize the situation during the election campaign." The Russians first stayed in one of the hotels in Minsk, and then moved to a resort near Minsk.

Deputy Secretary of the Ukrainian National Security Council Serhiy Kryvonos said that Ukraine can demand the extradition of its natives detained in Belarus along with other militants. The Ukrainian Security Service (SBU) confirmed its intention to request their extradition. Putin's spokesman said Russia does not recognize the Ukrainian citizenship of the detained militants.