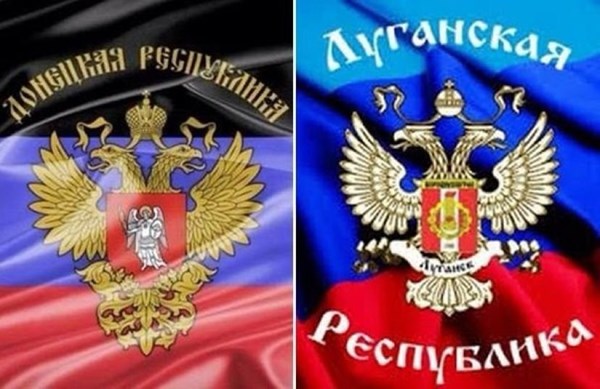 At the Normandy summit in Paris on December 9, Russia intends to urge Ukraine to begin direct dialog with the ringleaders of the Russia-backed separatist armed groups, the self-proclaimed Donetsk and Luhansk People’s Republics, which occupy parts of Ukraine’s Donetsk and Luhansk regions, said Russian Foreign Minister Sergey Lavrov.

“We heard from the previous administration in Ukraine, from the previous regime, statements that they will never negotiate directly with Donetsk and Luhansk, we have already heard similar statements from representatives of President Zelensky’s new administration, as well as other statements which... indicate a refusal to implement the Minsk Agreements,” Lavrov said while giving a lecture at the Diplomatic Academy of Kyrgyzstan’s Foreign Ministry. “We will talk about all this at the Normandy Format summit on December 9 in Paris. I think that there President Zelensky will have to outline in detail how he himself sees his actions to implement the Minsk Agreements.”

Lavrov claims that Russia cannot independently implement the Minsk Agreements, since it is not a party to them.

“Russia, as a member of the Normandy Four, established the framework which formed the basis of the Minsk Agreements. And these agreements propose that all issues be resolved through direct dialog between Kyiv, Donetsk and Luhansk. And this [implementation of the agreements] depends, primarily, on these parties which are directly in conflict in eastern Ukraine,” he emphasized.

During a phone call on November 15, French and Ukrainian presidents Emmanuel Macron and Volodymyr Zelensky discussed the future Normandy Format summit which is scheduled to be held on December 9 in Paris. According to Le Figaro, the goal of the summit is to initiate “a new consistency in the implementation of the Minsk Agreements”.

On July 14 in Paris and September 2 in Berlin, the foreign policy advisors of the leaders of Ukraine, Germany, France and Russia met to restart the operation of the Normandy Format. A meeting between the four leaders was planned for September 17, but was canceled at Russia’s initiative.

Russian President Vladimir Putin has not taken part in the functioning of the Normandy Format since March 2018, when a joint statement was made by the leaders of the four countries. The last actual meeting of the leaders of Ukraine, France, Germany and Russia took place in Berlin in October 2016.