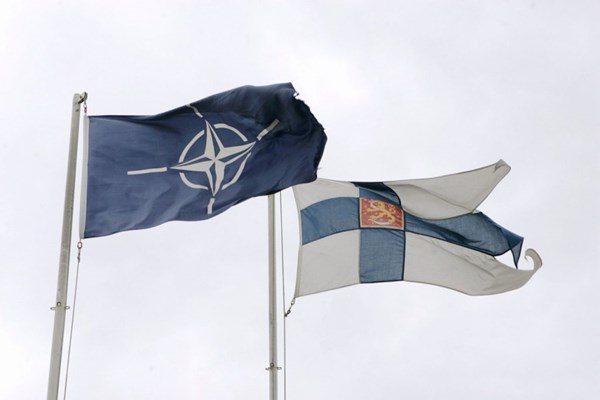 If Finland decides to join NATO, Russia will be forced to take retaliatory steps, said the Russian Foreign Ministry.

"The goal of NATO, members of which have been assertively convincing the Finnish side that joining the alliance is the only alternative, is clear - to continue expanding to the borders of Russia, to create another flank for the military threat to our country. But why should Finland turn its territory into a line of military confrontation with the Russian Federation, while losing its independence in making its own decisions, history will judge," the Russian Foreign Ministry said in a statement.

Russian officials stressed that Helsinki should be "aware of the responsibility and consequences of such a step." "Russia will be forced to take retaliatory steps, both military-technical and others, in order to stop the threats to its national security arising in this regard," the Russian Foreign Ministry warned.

For three month the Russian President Vladimir Putin has been repeating the same statement that Russia was "forced" to launch a "special military operation" in Ukraine to ensure its own security. One of the reasons for the invasion of the neighboring country, according to Putin, was Ukraine’s desire to join the NATO military bloc.

Knowing that the Russian leader will not be happy about the accession of both Finland and Sweden to the North Atlantic Alliance, the UK signed declarations on mutual security guarantees with the leaders of these two countries. The agreements provide for closer cooperation in the field of defense and security, intensive exchange of intelligence data, joint military training, exercises and stationing of troops.

"This is not a short-term alliance, but a long-term commitment to strengthen military ties and global stability, as well as to strengthen the defense of Europe for future generations," British Prime Minister Boris Johnson said at the signing of the documents.

Finland officially announced its intention to join NATO. It is planned that the corresponding declaration will be sent to the alliance next week. Sweden is in the last stages of deciding whether to apply for NATO membership.