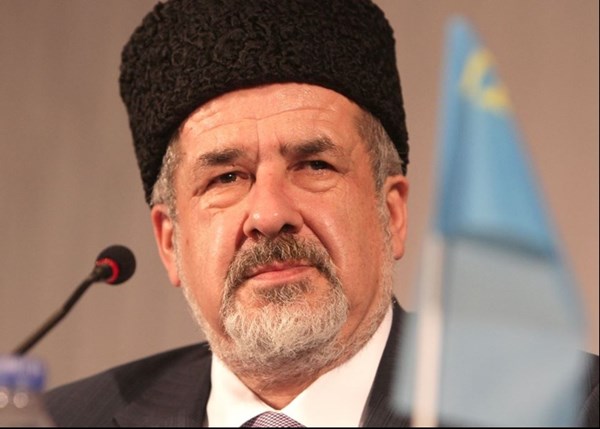 The Russian Investigative Committee opened a new criminal case against the head of the Mejlis of the Crimean Tatar people, former Ukrainian MP Refat Chubarov.

This information about the criminal case has been published on the Russian Investigative Committee’s website .

Chubarov is charged with "organizing mass riots accompanied by violence" (v.1 art. 212 of the Russian Criminal Code) on February 26, 2014.

Then about 7-8 thousand residents of the peninsula gathered for a rally for a united Ukraine under Ukrainian and Crimean Tatar flags. They were opposed by 3-4 thousand people with Russian and Crimean tricolors which were gathered on the initiative of the Russian party "Russian Unity". The mass rally turned into a fight. The confrontation ended after the representatives of the Crimean Tatar people, who were twice as many, forced pro-Russian opponents out of the square in front of the Supreme Council of Crimea. Two people were killed, and dozens were injured in the stampede.

According to the Russian Investigative Committee, these incidents were organized by Akhtem Chiygoz on behalf of Chubarov.

The session of the Crimean parliament scheduled for that day, during which the deputies were going to consider the resignation of Anatoly Mogilev ‘s government and the appointment of the date of the so-called Crimean independence referendum, did not take place because of the lack of a quorum.

However, on the night of February 27, Russian security forces took control of the Crimean Parliament and Crimean Council buildings.

Chubarov has already responded to the accusations of Russia on his Facebook page: "Again? Imbeciles b..."

In 2015, a case was brought against Chubarov in Crimea for "public calls to violate the territorial integrity of the Russian Federation."

Akhtem Chiygoz was the main figure in the most high-profile and long-lasting criminal trial on the Crimean Peninsula after the annexation. According to the official representative of the Investigative Committee of the Russian Federation Vladimir Markin, Chiygoz was detained "on suspicion of organizing and participating in mass riots."

Chiygoz was sentenced to 8 years in prison under Article 212 of the Criminal Code of the Russian Federation, but in October 2017 he was released after the intervention of Turkish President Recep Erdogan.