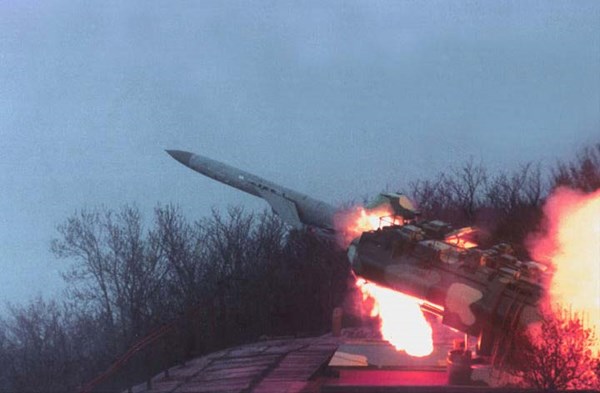 During a Russian military drill in annexed Crimean territory, a cruise missile was fired from an Utyos coastline stationary missile system, the Russian Ministry of Defense reported.

The missile was fired as part of a routine tactical exercise for a group of mixed strike forces from the Black Sea Fleet.

“During the anti-ship missile’s final stage of flight, a Su-30SM multipurpose fighter from the naval aircraft fleet intercepted the airborne target and destroyed it using an aerial guided missile,” the Russian Defense Ministry’s report states.

The drills involved 15 military ships and auxiliary vessels from the fleet, as well as naval aircraft and drones.

It was reported earlier that subdivisions of the naval infantry of Russia’s Caspian Flotilla had been transferred to the Crimea for maneuvers.