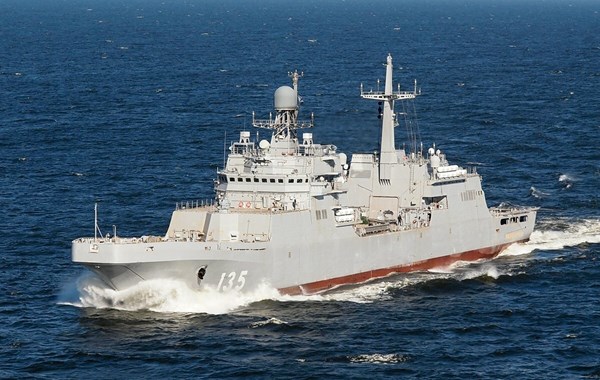 Russia has completed the transfer to the Black Sea of a large group of large landing ships of its Northern and Baltic fleets.

Having made a passage around European Atlantic coast, which lasted almost a month, 6 landing ships arrived at the port of Sevastopol. Each ship can carry dozens of tanks and hundreds of personnel.

According to TASS, the large landing ships Minsk, Korolev and Kaliningrad arrived at the main base of the Black Sea Fleet.

They were joined by the landing ships Pyotr Morgunov, George the Victorious and Olenegorsk Miner of the Northern Fleet.

At the same time, on Thursday, Russia announced that it is closing large areas in the Black and Azov Seas for upcoming exercises. NOTAM (a Notice to Airmen) about Russian exercises have been published by the US Federal Aviation Administration (FAA). The notices 14 to 19 February.

Russian naval exercises will be held simultaneously with land exercises, which will start on Thursday in Belarus. 30,000 Russian soldiers will take part in the Allied Resolve 2022 maneuvers.

“The naval exercises under the general leadership of the Commander-in-Chief of the Russian Navy, Admiral Nikolai Yevmenov, are aimed at practicing the actions of the Navy and Aerospace Forces to protect Russian national interests in the oceans of the world, as well as to counter military threats from sea and ocean directions,” TASS quotes a statement from the Russian Navy.

In total, more than 140 warships and support vessels, more than 60 aircraft, more than a thousand units of military equipment, about 10 thousand military personnel will take part in the exercises.