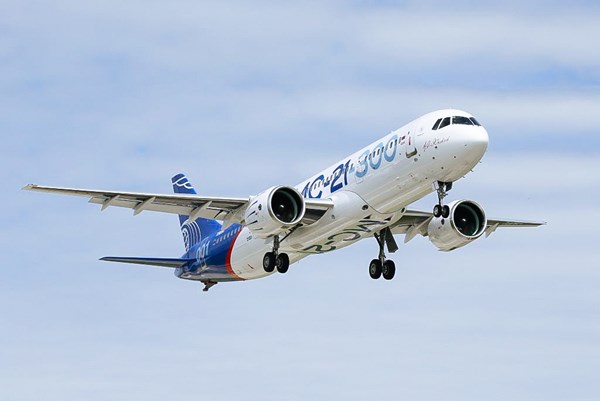 Russia has been forced to postpone the serial production of the passenger plane MS-21 due to US sanctions, TASS reports, citing Rostec director Sergey Chemezov.

The Russian newspaper Kommersant reported in January that the US sanctions on JSC Aerokompozit (part of Rostec) had put an end to the supply of composite materials from the US and Japan for the MS-21’s wings.

The composite wing was the primary characteristic of the MS-21, and foregoing it will bury the entire economic feasibility of the project, The Bell points out. Narrow-body aircraft for passenger liners the most competitive sector in the world aviation industry. Russian producers hope that the MS-21 will fill the same niche as the Boeing 737, Airbus A320, and the latest Chinese aircraft, the Comac C919.

JThe Russian national carrier, Aeroflot, is the project’s largest initial client, with a contract for 50 planes.

The MS-21 is the second civilian airplane developed by Russia after the Sukhoi -100, which has been in operation since 2011. It is designed to fly distances up to around 6,000 km and is intended to replace the Tu-154 and Tu-204/214 passenger liners.