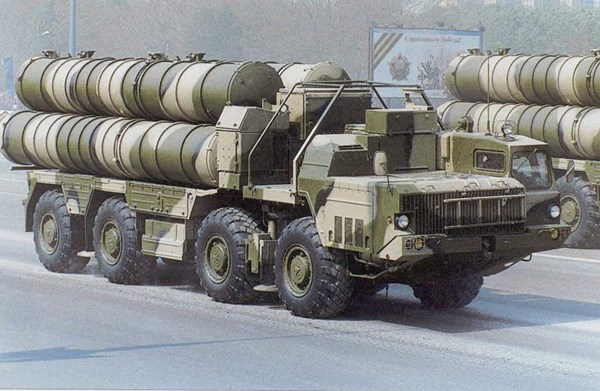 “Over the course of two weeks, the Syrian Armed Forces will be delivered a modern S-300 ground-to-air missile system. It can intercept aerial means of attack at a distance of more than 250 km, and can take out several air targets at once,” Shoygu noted.

“I emphasize that in 2013, at Israel’s request, we halted the shipment to Syria of a S-300 system, which was ready to be sent, and for which the Syrian soldiers had undergone the relevant training. Today the situation has changed, and it is not our fault,” the Russian minister added.

“This should help to better control the anti-air defense forces and monitor the air situation,” Shoygu added. “Importantly, it will guarantee that all Russian aircraft are identified to the Syrian anti-air defense systems.

Syrian anti-air defense systems shot down a Russian Il-20 reconnaissance plane over the Mediterranean sea in the early morning hours of September 18, killing all 15 crew members on board. The aircraft was shot down by an old Soviet S-200 system. The Russian Defense Ministry blamed not Syria, but Israel, whose F-16 fighters were attacking Syria’s Latakia province. The Russian military department claims that the Israeli pilots “were close to the Il-20 and put the large plane in the line of fire of the Syrian anti-air defense systems”.

The Israeli military claims that the F-16s had already returned to Israeli airspace when the S-200 opened fire on the Russian aircraft. Israel blames the Syrian soldiers who, firstly, fired haphazardly, and secondly, did not check whether the Russian Il-20 had vacated the skies.

After the crash, Russian President Vladimir Putin said that in response to the incident, Russia would take “steps which everyone will notice”. Israeli Defense Minister Avigdor Lieberman emphasized that his country would continue its military operation in Syria, despite the incident with the Il-20.