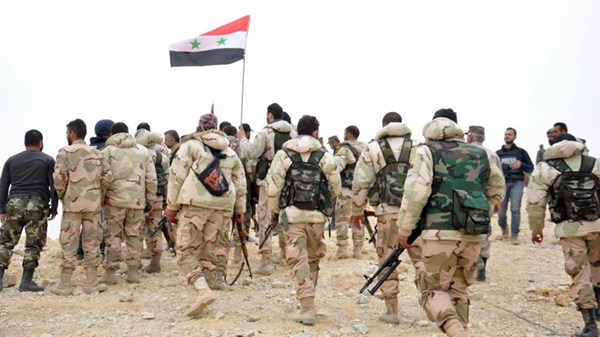 A meeting was held between the US-led coalition commanders and Russian military leaders in the town of Al-Salhiyah north of Deir ez-Zor, reports Deir ezzor 24 network citing its sources.

According to the sources, the parties discussed the handover of villages (Hatlah, Al-Salhiyah, Mazloum, Marrat, Khasham, al-Tabiya Jazeera) to the Syrian Democratic Forces and the international coalition.

According to Deir ezzor 24, the Assad regime and the Russians agreed to hand over these areas to the international coalition, but the militias loyal to the Assad regime categorically refused to leave their positions.

Among the militant leaders who refused to leave are Fadi al-Efais, a leader in The Baqir Militia, and Tarek Al-Yasin al-Mayouf, a leader of the Syrian branch of Hezbollah.

The Russian military informed these militias that they will not be able to provide them with any support and that the militants will have to face the SDF and the international coalition on their own.

Deir ezzor 24  also reports that the Iranian militias have recently sent massive military reinforcements to the town of Al-Salhiyah near Deir Ezzor.