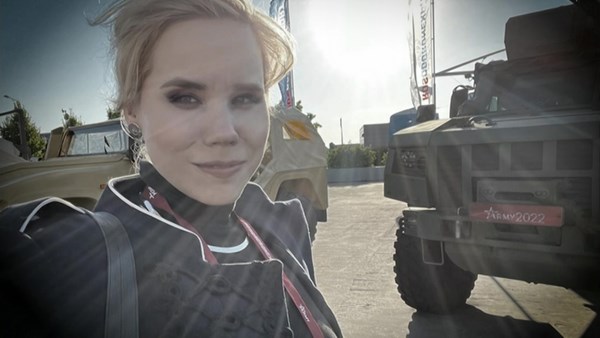 The Russian Federal Security Service (FSB) reported that they solved the murder of the daughter of Putin’s ally Daria Dugina, who was killed in a car explosion.

The FSB said that the murder of the daughter of the ideologist of the "Russian world" Alexander Dugin was committed by the Ukrainian special services.

According to the FSB, the assassination was carried out by a Ukrainian national Natalia Vovk, who entered Russia on July 23 with her 12-year-old daughter in a Mini-Cooper with the license plates of the Donetsk People’s Republic.

The FSB claims that, after arriving in Moscow, Natalia Vovk installed Kazakh license plates and rented an apartment in the building where Daria Dugina lived. According to the FSB, the target was Daria Dugina, not her father or anyone else. Daria was followed, and explosives were planted in her car. They were later detonated remotely.

According to the FSB, on the day of Dugina's murder, Natalia Vovk and her daughter were also at the Tradition festival in the Pushkin Museum-Reserve, which was attended by Daria Dugina and her father, the famous Eurasian ideologist Alexander Dugin.

The day after the explosion, Natalia Vovk, together with her 12-year-old daughter, left Russia for Estonia in the same Mini-Cooper, but with Ukrainian license plates.

An explosive device went off in Daria Dugina’s car near the village of Bolshiye Vyazemy in the Moscow region on the evening of August 20. Russian media reports that explosives (about 400 grams of TNT) were planted under the driver's side and detonated remotely.

30-year-old Daria Dugina worked in pro-Kremlin media, on the Tsargrad TV channel and on the Komsomolskaya Pravda radio station. She was not as prominent ideological figure as her father, Alexander Dugin, a proponent of the so-called Eurasianism ideology, calling for separation from the West and the "special way" of Russia and neighboring countries.