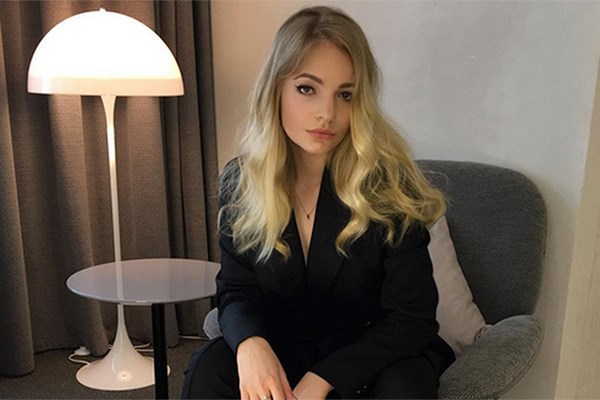 23-year-old daughter of the Russian Presidential spokesman, Elizaveta Peskova is getting married. Her husband, reportedly, will be an influential 33-year-old Chechen, Ruslan Golbazov.

The upcoming marriage has been reported by the Russian opposition publication Open Media, which is citing two sources who received an invitation to the event.

According to Open Media, the wedding will take place in Italy on the island of Sardinia in the luxury resort of Porto Cervo. It is expected that hundreds of guests will gather there for a secret ceremony.

Peskov himself categorically denies the information. He assures that he allegedly knows nothing about his daughter's plans for marriage. The “bride” has also denied the reports.

However, according to sources, wedding guests have already booked rooms in luxury hotels of the resort, where rooms cost about 3 thousand euros per day.

The alleged fiancé of Golbazov is a member of an influential Chechen teip. His family emigrated to France in 2008. In 2019, Golbazov moved to Moscow, where he entered the magistracy of Moscow State University. Elizaveta Peskova returned from Paris to the Russian capital at the same time.

In 2018, Peskova unexpectedly became interested in Chechnya. She visited Chechnya and even personally met with its head, Ramzan Kadyrov. The daughter of Putin's press secretary has also publicly declared her intention to convert to Islam.

Galbazov is currently Peskov wife’s business partner in the restaurant business. The young man is quite secretive. He has no social media presence. Elizabeth Peskova has also not shared any photos with her future husband.

"The presidential press secretary denies the information about the marriage of his daughter. Multimillion-dollar expenses for the marriage are not declared in the official income statement of the family. Moreover, holding the event abroad is against the current "besieged fortress"policy of the Russian authorities, supported, among other things, by the restriction on air traffic with other countries. The secret preparations for the event emphasize its shady nature,” writes Telegram channel Kremlin Mamkoved.