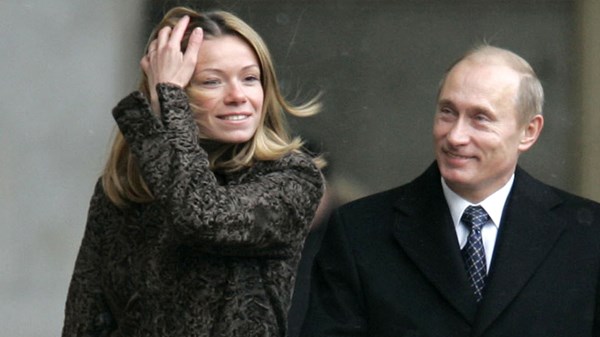 Maria Vorontsova, daughter of Russian President Vladimir Putin, joined the council for implementation of the Federal scientific and technical program of development genetic technologies, according to Putin’s edict published on  the Kremlin’s website for legal information.

In the document, Vorontsova is named a member of the Presidium of the Russian Association for the Advancement of Science. On the association’s website, she is indeed listed as a member of the presidium. The website also mentions that she belongs to the Federal State Institution “National Medical Research Center of Endocrinology” of The Ministry of Health of the Russian Federation.

“Traditionally we do not respond to such questions,” said Presidential spokesman Dmitry Peskov at a request from the Russian newspaper Vedomosti to comment on this information.

In 2016, The New Times wrote that Maria Vorontsova is Putin’s eldest daughter. According to the magazine, she graduated from the Endocrinology Research Center’s graduate school and then began working at the center. Reuters reported on Vorontsova's connection with the ESC. Maria Vladimirovna Vorontsova, a medical school graduate and leading researcher at the Department of Pediatric Thyroidology, Reproductive and Somatic Development, is listed on the ESC website as a doctor.

In June 2018, “Russia 1” broadcasted a segment in which Maria Vorontsova, presented as a children's endocrinologist and research assistant at the ENT, gave an interview.

Let us recall that Putin’s second daughter, Director of the Innopraktika Foundation Katerina Tikhonova, gave her first interview to Interfax.

Tikhonova talked about how the Innopraktika Foundation helps young scientists, as well as about the National Intellectual Reserve Center set up at Moscow State University. According to her, thanks to the work of the foundation, it is possible to “create mechanisms for involving young scientists in the process of applying their own scientific developments at new levels, all the way to industrial implementation.

When asked how she secured her position in Innopraktika, Tikhonova replied that she studied at Moscow State University and actively participated in student volunteering: “As a rule, the most active students are offered to stay in the university system,” she said.

Whether or not Tikhonova is the president’s daughter was not mentioned in the interview.