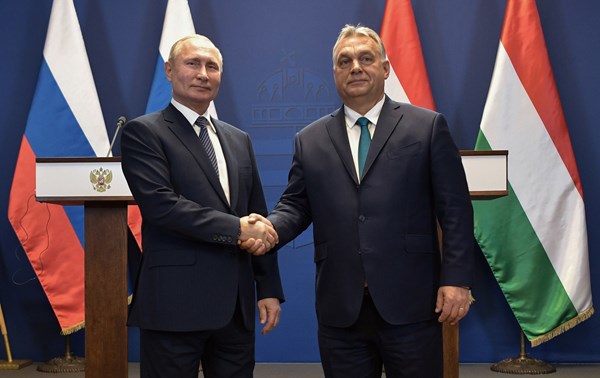 Hungarian Prime Minister Viktor Orban's visit to Moscow at the height of Russia’s conflict with the West over Ukraine ended with a large loan from Russia.

After 5-hour talks with Orban, Russian President Vladimir Putin said Russia is ready to provide additional funding for the construction of a railway around Budapest.

According to Putin, Russia is ready to provide a loan of $ 2 billion.

"The Prime Minister raised such a question. I think we will solve it. $ 2 billion is a possible amount for this kind of project, and the bypass around Budapest can be done, " Putin said at a joint press conference.

Orban, in turn, praised the strength of the Russian economy and criticized the policy of sanctions, which, according to him, caused great harm to Hungary.

"The Russian economy has survived very well under the sanctions. If you look at the numbers, you will see that the Russian economy is much stronger than it is customary to think about it in the West," the Hungarian Prime Minister said.

He also expressed a desire to buy more Russian gas under long-term contracts. "We plan to increase supplies by 1 billion cubic meters, and we will negotiate about it," Orban said.

Putin replied that such a volume would not be a big problem. "In early April, probably, the decision will be made by economic entities," the president added.