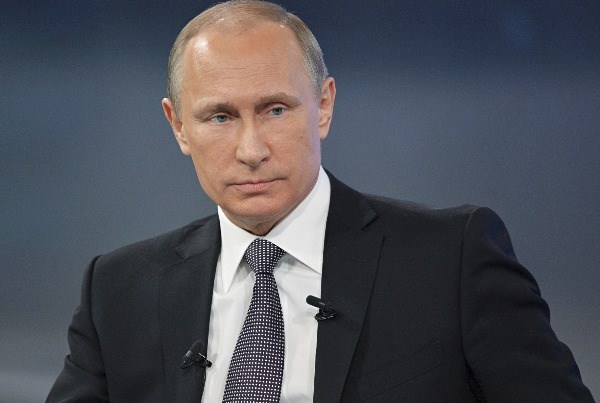 While attending a meeting with businessmen, Vladimir Putin announced that he has issued an order for as early as 2018 for the issuance of special bonds for the repatriation of capital to Russia. The decision was made jointly by the government and the Central Bank.

"At your last meeting, you asked for the creation of favorable mechanisms for the return of capital to Russian jurisdiction. As a tool, we have decided to use domestic bonds for external loans denominated in foreign currency. I have given an order to define the necessary conditions and parameters to issue such papers for Russian investors and to ensure their circulation as soon as next year," Putin said at a meeting with businessmen in the Kremlin, reports an RBC correspondent. The issue was worked out by the Ministry of Economic Development, the Ministry of Finance and the Central Bank, and the idea "did not evoke any objections," the Head of State noted.

Putin said that the Russian authorities will expand the range of financial instruments for long-term major investments in the domestic economy. Beginning in February 2018, the law “On syndicated loans" will come into force; its mechanisms will allow for significant increases in lending volumes and the availability of resources for the the real sector of the economy. "This will significantly reduce risk to the creditors themselves. This also allows banks and other professional market participants to issue infrastructure bonds - a new type of securities with incomplete denomination," the president explained.

Putin said that the legal regime of controlled foreign companies will be improved, and that relevant legislative amendments have already been prepared.

In early December, Reuters reported that unnamed representatives of large businesses had asked Russian authorities to issue special bonds to create favorable conditions for the repatriation of money held by wealthy Russians back to the country.

Deputy Prime Minister Arkady Dvorkovich said on December 6 that the authorities would devise a way to stimulate the return of assets to Russia, while not excluding the issue of special bonds. Kommersant’s government sources argued that the repatriation back to Russia could occur through the acquisition of $1-3 billion in bonds.

Estimates of the sum of money kept abroad by Russians range from $200 billion to $1 trillion, although there is no precise data. In 2014, Russia passed a law on controlled foreign companies, according to which owners of offshore companies must disclose their assets to the Russian authorities and pay taxes on them. However, the results of such a policy have been sometimes contradictory: for example, during the summer of 2017, a top official close to the Kremlin told Reuters that, according to his estimates, about a third of the 500 richest Russian businessmen had left the country since the adoption of the law on de-offshoring.