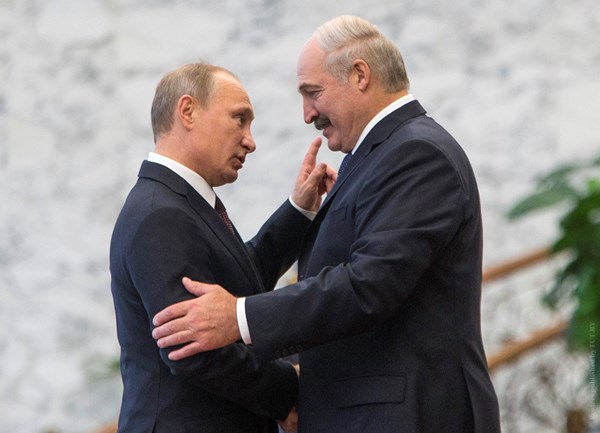 According to him, this decision has been made, and "in principle, all the parameters of the agreement have been established." By the end of the year, the Belarusian authorities plan to use a fifth of the money that will go to the field of mechanical engineering.

The total amount of financial assistance to Belarus from Russia this year will reach $ 2.5 billion. In April, the Kremlin gave Lukashenko an exemption from paying $ 1 billion of interest on previously granted loans.

As a thank you for the approval of another financial tranche, the self-proclaimed President of Belarus Alexander Lukashenko gave Putin for his 70th anniversary an ownership certificate for a tractor "Belarus 1523.3". He said that this is a model of manual assembly with a seeder, thanks to which Putin will be able to sow grain.

Today, on his birthday, the Russian president Vladimir Putin received another gift. Tajik President Emomali Rahmon presented Putin with pyramids of melons, watermelons, and other fruits.