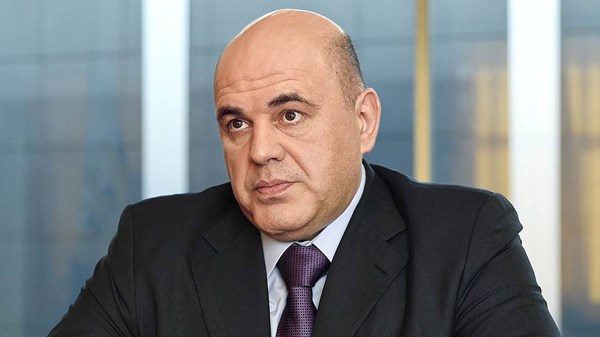 Mikhail Mishustin, the head of Russia’s Federal Tax Service who was nominated for the position of prime minister by President Vladimir Putin, said that changes will be made to the composition of the new government.

Mishustin spoke about this during a meeting with MPs from the United Russia party in the State Duma, a source familiar with the proceedings told TASS, and this was later confirmed by Sergey Neverov, head of the Duma’s United Russia members.

“Mishustin said that he will discuss candidates for the minister positions with the parties. The candidate said that there will be changes [to the composition of the new cabinet of ministers],” Neverov noted.

The task of the new government will be to accelerate economic growth, which according to data for January-November was only 1.3%, barely over half the revised figure for 2018 (2.5%) and less than half of the rate at which the global economy has been growing.

“The first thing we need to do today is to engage seriously with institutional reforms, reforms in governance and, of course, introduce the most modern information technologies,” Mishustin told the United Russians.

The most important thing, according to him, is to remove restrictions and barriers to business and reduce the expenses for business.

“In any event, we need to be very honest with businesses. This is the most important issue which I will immediately start considering from the very beginning,” the candidate said. He added that the 25 trillion rubles (around $407 billion) worth of national projects, which the government will be financing through a VAT hike and savings on the retirement age, require stocktaking, but remain the best instrument for GDP growth.

Mishustin is most interested in the programs of the national “digital economy” project. “Without a doubt, the state should be a digital platform which is created for people,” he said.

The candidate described the healthcare situation as “sad” and promised to “work on it”, said Communist Party advisor Sergey Obukhov on Telegram. As for assisting the poor, the new government does not see any opportunity to revoke the income tax on the poor. “For now, Mishustin is talking about the priority of assisting the 20 million destitute persons. Talking about the fact that there is no middle class. And immediately he denied the possibility of easing personal income tax. And he’s promising to introduce targeted assistance within two years,” Obukhov explained.

Mishustin is proposing to leave the pension reform “untouched”, and extend the digital monitoring of taxation to physical entities.

The MP Alexey Kurinny told Interfax that at the Communist Party meeting, the new prime minister announced the creation of a unified database for keeping track of the population’s earnings. “Over the course of two years, all households in Russia will be placed on an information system, and every income will be monitored from beginning to end in order to provide targeted social assistance,” Kurinny explained.

The cabinet reshuffle announced by Mishustin is unlikely to affect the key figures in the financial department. Finance Minister Anton Siluanov and Central Bank head Elvira Nabiullina will probably keep their positions, observed Alfa-Bank chief economist Natalia Orlova: The President is highly appreciative of the economic course of the last few years, which has made possible an annual budget surplus of 3 trillion rubles (around $49 billion) and the accumulation of $60-70 billion in reserves on an annual basis.