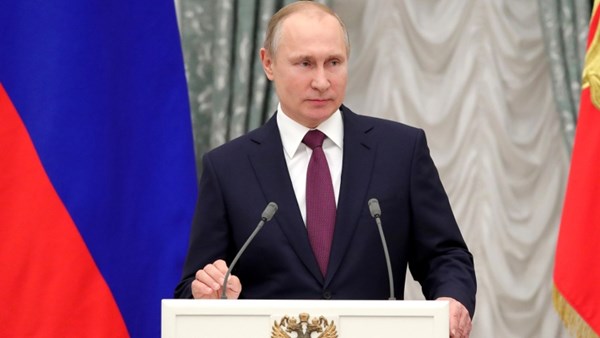 “We will act in the following way. Our response will be a mirror [response]. Our American partners announced that they are stopping their participation in the treaty, we will also stop. They announced that they are engaging in scientific research and development operations, we will do the same thing,” Putin said during a meeting with Defense Minister Sergey Shoygu and Foreign Minister Sergey Lavrov.

Putin also gave orders to stop the attempts to initiate negotiations concerning the INF Treaty, noting that Russia’s offers “remain on the table” and that “the doors for negotiations are open”.

“I ask both departments not to initiate any negotiations on this issue from now on,” Putin said.

The Russian president said that it would be better to wait until the US “matures” enough for “equitable, meaningful dialog”.

On Friday, the US ended its involvement in the INF Treaty, since Russia has refused to destroy its ground-based SCC-8 (9M729) cruise missiles, which the US believes violate the treaty.

The SCC-8 missiles are designed for the Iskander launching systems. The US claims that they can fly more than 500 km, which is prohibited by the INF Treaty. The Russian military says that the amount of fuel they are filled with in the factory prevents them from exceeding the 500 km limit.

Mikhail Gorbachev and Ronald Reagan signed the INF-Treaty in December 1987, and it came into force in the summer of 1988. The US and the USSR both undertook not to produce, test or deploy any ground-based cruise or ballistic missiles with intermediate range (1,000-5,500 km) or short range (500-1,000 km).