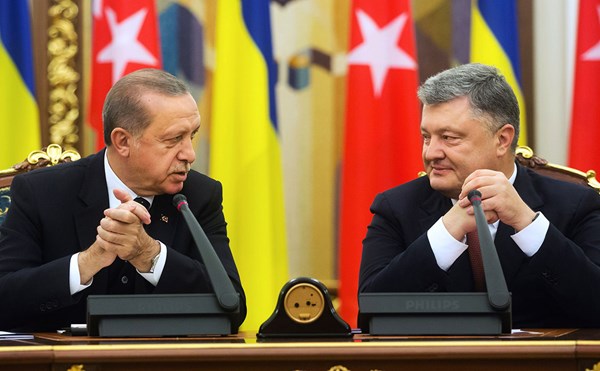 "Special attention was paid to the liberation of illegally imprisoned Ukrainian citizens from Russian prisons and ensuring the rights of Ukrainians, including the Crimean Tatars in the territory of the Crimea under Russian occupation,” the statement reads.

During the meeting, leaders of both countries also discussed the prospects of bilateral agreement on the free trade zone.

Poroshenko thanked Erdogan for co-sponsoring Turkey in the resolution of the UN General Assembly adopted in December 2018 condemning Russia’s militarization of the Crimea and the Azov Sea.

Poroshenko arrived in Istanbul to the ceremony of the handover of tomos to the Orthodox Church of Ukraine.