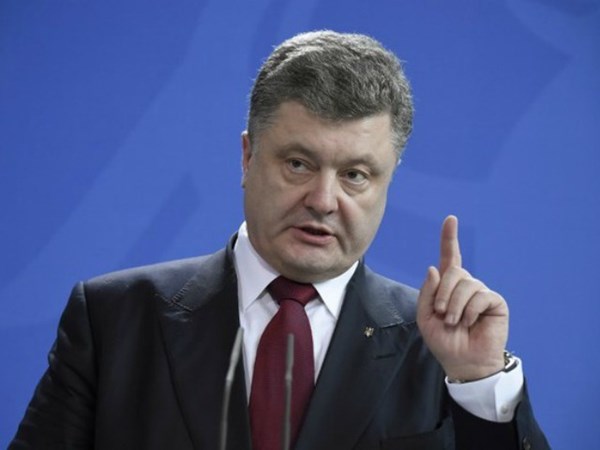 Poroshenko took part in the live broadcast on 112 Ukraine TV channel during which the audience was shown the results of a public opinion poll. According to the results, on April 12-13, the current president lagged behind Volodymyr Zelensky by 27% of the votes, and then two days later this difference was reduced to 23% of the votes. Based on this, Poroshenko said that he has a chance to win the second round.

“Seeing these figures, one can say that my support among citizens is growing, and the support of my opponent is falling. I do not want to speculate on this topic. The main thing is the choice of the Ukrainian people, “said Poroshenko.

Based on the results of the poll, which were shown on the 112 Ukraine TV channel, 61.9% of voters are now ready to support Zelensky and 38.1% would vote for Poroshenko. The channel did not specify who conducted this survey.

This data is different from the results that were previously published by the Kyiv International Institute of Sociology. These results showed that more than 70% of voters are ready to vote for Zelensky and around 25% for Poroshenko.

During the broadcast, a volunteer asked Poroshenko why most of the military voted against the president. To this, Poroshenko replied that he was proud to have won the support of the army in the first round. The current president did not give any specific figures but stressed that his success in the armed forces, as the commander in chief, was important for him.

At the same time, Poroshenko noted that during his presidency, "the armed forces at the frontline had come a long way." “Our army was deep in the red,” said the president, noting that since 2014 a huge number of generals had been sent to retirement, and those who had agreed to go to the frontline in the Donbas received better career prospects.

The president recalled those generals who resigned after being sent to the frontline. “Why do we need such generals in the army who are afraid to fight for their native land?” wondered Poroshenko.

The news outlet Vesti Ukrajne, immediately after the results of the first round of the presidential elections, published the official voting results of the military who are stationed in the Donbas.  The results showed that most of them supported Volodymyr Zelensky, not Poroshenko. Therefore, the actor won the elections among the key military in settlements in Marinka (Donetsk region) as well as in the Stanytsia Luhanska (north of Luhansk).