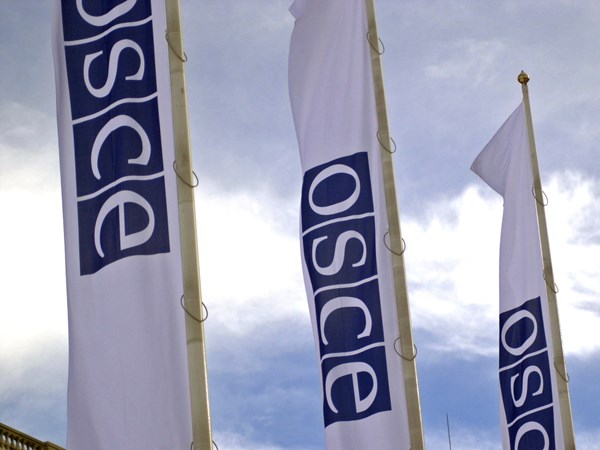 “Recently ambassador Toni Frisch, OSCE coordinator in the humanitarian subgroup, visited occupied Donetsk, where, according to our preliminary information, he met with four hostages – soldiers whom the militants have not released for more than four years, despite all our efforts. The militants also showed him two civilians who are being held illegally by the occupiers,” Herashchenko wrote.

She noted that Frisch was not permitted to meet with the other prisoners that Ukraine had demanded access to, including journalist Stanislav Aseev. Instead of the ten prisoners on Frisch’s list, he was shown only four Ukrainian military and two civilians.

Herashchenko also expressed her concern about the fact that, during his visit to Donetsk, the OSCE coordinator “warmly embraced members of the occupation authorities”.

“In Minsk we will be forced to draw ambassador Frisch’s attention to the fact that his meeting in Russia-occupied Donetsk was not of a private nature. He was representing the OSCE, from which we are expecting assistance in the de-occupation of the Donbas, not hugs,” the Ukrainian humanitarian envoy stressed.

Herashchenko said previously that Ukraine would only grant Toni Frisch access to the Russians and pro-Russian militants being held in Ukraine after he visited the Ukrainians held captive in the Donetsk and Luhansk provinces.

Ukraine proposed a prisoner exchange on 30 March: 25 Ukrainian prisoners for 25 Russian prisoners. This was the 16th such offer from Ukraine and, like so many before it, it was rejected by Russia.

The last major prisoner swap took place on 27 December 2017 at the Maiorske checkpoint. 73 Ukrainians from the occupied territories were exchanged for 223 militants who had been condemned and then pardoned in Ukraine.