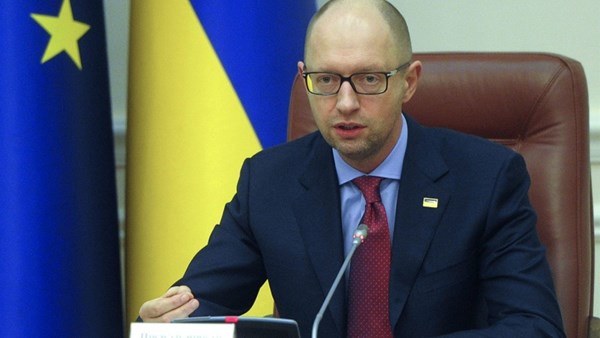 The Prime Minister of Ukraine has cited ‘political bribery’ as the rationale for the suspension of payments on the Ukrainian debt to Russia in the amount of $3.5 billion. This was stated during his "10 minutes with the Prime Minister about unity" speech on the 5th channel, as reported by the Ukrainian news agency UKRINFORM.

"This debt was nothing more than a political bribe by Moscow to its puppet who ruled Ukraine.  This bribe was to ensure that Ukraine would not have a visa-free regime or the FTA (the Free Trade Agreement) with the EU.  That is why the government of Ukraine has introduced a moratorium and stopped paying the debt to the aggressor state.  This amount is almost equal to our payment on national security and defense in 2016," he said.  Yatsenyuk added that Ukraine will provide a response to Russia for the introduction of trade sanctions against Ukrainian goods as well.

"Next year the FTA agreement between Ukraine and the EU will come into effect.  We`ll become a part of the biggest market in the world.  As expected, Russia has imposed trade sanctions against Ukrainian goods as we have decided to follow the European direction.  But we'll get through this and give a proper response to the Kremlin," Yatsenyuk said.