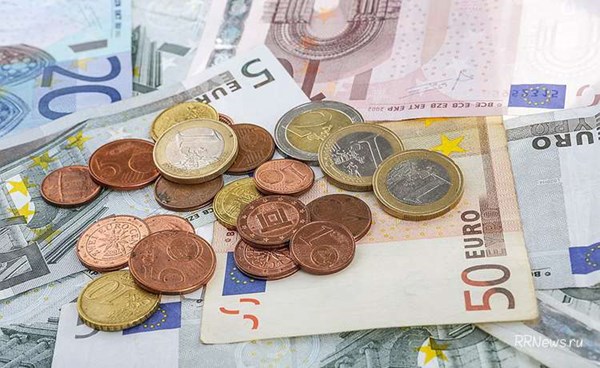 To this day, Ukraine has been unable to recover funds withdrawn from the country by former Ukrainian President Viktor Yanukovich and his assistants. More money can be lost if this process continues to be delayed. It has been a year and a half since the overthrow of Victor Yanukovich and his regime. Unfortunately, the process of refunding illegally withdrawn money by the former President and his assistants is slow.

According to the European Union Delegation in Kiev, Ukrainian law enforcement agencies recovered only 10 million UAH (about 380 thousand Euros) which roughly equals 1% of frozen funds in European countries that are connected with former Ukrainian authorities. On November 10, the Verkhovna Rada of Ukraine voted in favor of creating an agency on asset management and recovery. This was done In order to speed up the search and refund of the frozen funds.

Experts noted that this strategy would not be of much help because the agency could carry out management of seized assets but law enforcement agencies would still have to oversee the return of the money. Furthermore, there are a lot of questions about their processes.

According to the Vice-Chairperson of the State Financial Monitoring Service, Andrey Kovalchuk, analysts of his agency prepared more than 300 documents about shadow dealings of Yanukovich assistants for investigators of the Prosecutor’s General Office, the Security Service of Ukraine (SSU) and the Ministry of Interior, which investigates the cases of the former officials. The total amount of these suspicious financial operations is 163 billion UAH or about 6.1 billion Euros.

“We collect the data carefully and provide full information about corruption deals for investigators but they very rarely turn to us for help. In the meantime, there are no chances to recover stolen assets without joint work,” noted Kovalchuk. The State Financial Monitoring Service (SFMS) can’t be sure that the information it collected would become the foundation of the criminal proceedings against the former Ukrainian officials.

There is no data indicating what part of the assets detected by the analysts of SFMS was seized or confiscated by the law enforcement agencies. The Executive Director of the Anticorruption Action Centre, Darja Kalenjuk, stated that only 8 thousand UAH (about 300 Euros) from 163 billion UAH worth of detected assets was transferred to the special fund on returned assets of the state budget. “I think Ukraine shouldn’t expect that Yanukovich foreign assets will be returned to the country because we can’t handle this even in our own country,” said Kalenjuk.

Kalenjuk admits that it’s hard to compute exactly how much the former president of Ukraine and his assistants have hidden abroad. She noted that information about foreign assets of the Yanukovich family and his assistants is checked by financial intelligence experts of every EU country-member. This information could be stored, encrypted and transferred to Ukrainian law enforcement agencies. The head of the Anticorruption Action Centre is disturbed by the fact that they can’t collect enough evidence to open criminal proceedings.

Experts stated that Ukraine has not provided evidence about illegal withdrawal of these assets, which is why Europeans withheld seizure. In the spring of 2016 the EU will review imposition of sanctions against closest assistants of the former President, Victor Yanukovich. Because of the inaction of law enforcement agencies, Ukraine stands to lose all of the withdrawn assets.

The General Prosecutor’s Office admits that the investigation of the former officials is taking too long. The Deputy Prosecutor General, Vitaliy Kasko, conducts the dialogue with European partners about seizure and return of Yanukovich assets to Ukraine. In his interview to the Ukrainian Pravda he stated that the speedy return of assets seized abroad is impossible. He added that he had no access to the criminal proceedings carried out by Ukrainian investigators. At the International Anticorruption conference which took place in Kiev on November 16, Daniel Telesclaf, the head of financial intelligence of Liechtenstein delivered a speech:

”I have never been faced with such a difficult case in my life. Many countries where the former Ukrainian officials were hiding their money are engaged in it. We are not likely to see the fast return of these assets.”

According to Telesclaf, Ukrainian law enforcement agencies encounter several problems collecting evidence for criminal proceedings against Yanukovich’s assistants. However, the Ukrainian side should clearly demonstrate its interest in these cases. The U.S. Department of Justice Representative, Mary Butler noted that after the Lazarenko case, Ukrainian officials no longer regard the U.S. as a safe place for storing ill-gotten gains.

It is worth remembering that the former Ukrainian Prime Minister, Pavel Lazarenko was arrested and sentenced to a prison term in the United States for massive financial fraud and embezzlement of funds. Butler stated that they are still checking accounts in their country that may match to Victor Yanukovich. She also noted that it was extremely important for Ukraine to appoint an independent Anticorruption Prosecutor and undertake reforms of the justice system. This is necessary so that Ukrainian investigators can be sure their asset return cases will push through and that withdrawn assets will be returned to Ukraine.

“Now the former officials are able to avoid litigation,” notes Kalenjuk. “It seems there is a tacit agreement between new authorities and the old regime that nobody touches anybody else.”