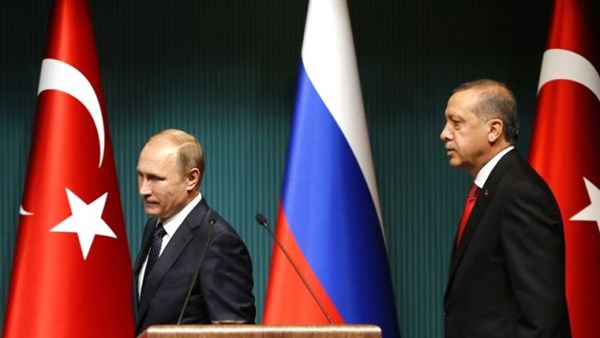 While Russia and Turkey accuse each other of violating basic international rules and threaten each other with rigorous sanctions, we tried to understand what the long-term consequences of the SU-24 crash would be. How strongly tied are the economies of the two countries? Immediately after the crash, the Kremlin stated that the status of the relationship between the countries was undermined at that time. Both parties stand to suffer losses should the relationship deteriorate further. Turkey is one of Russia’s five largest trading partners.

According to the Customs Service of the Russian Federation, Ankara’s share of the Russian import market grew from 4% to 6% in 2015. This is comparable to the trade volume of Belarus (4-5%). Russia trades more only with China (11, 8%) and also with Germany (8, 7%), Netherlands (8, 6%) and Italy (6, 1%). Russian exports exceed the cost of all fruits, vegetables, clothing and other goods from Turkey threefold. Russian exports of mineral products (gas, oil) cover all of these costs. In recent years, Turkey was the second largest buyer of Russian gas after Germany.

The global project on the construction of the natural gas pipeline, The Turkish Stream, which was to deliver blue fuel from Russia through Turkey to the European Union countries, is now under threat. Tourism between the countries is even more impressive. Now the resorts of Antalya and Kemer, more than ever, count on Russian guests. After the interest of European travellers in visiting Muslim countries waned, Turkey has focused on guests from post-Soviet countries. It seems that the first statements of Moscow after the SU-24 tragedy mark an end to these hopes.

The Russian Minister of Foreign Affairs, Sergei Lavrov, recommended residents to abstain from visiting Turkey. In any case, a complete break in economic relations between the countries is unlikely to happen, but experts agree that these relations will be difficult for some time.

Who is Recep Tayyip Erdoğan and why did he decide to take these actions?

Many people associate the decisive actions of the Turkish Air Force with the President of the country, Recep Erdoğan, who is known for his tough methods. The first President of Turkey elected by popular vote, Erdoğan has been holding office for more than ten years. When he was the Mayor of Istanbul, he was thrown into prison, and as Prime Minister, he ordered police to disperse demonstrators in Taksim Square in 2013, during which a few demonstrators were killed.

In fact, the significant economic development of the country is the direct result of Erdoğan’s ability to hold a tough position. People talk about him as about consistent politician, who never stops halfway. It’s not a secret that Turkey strives to be a leader in the region. Recep was consistent in his behaviours in dealing with the Russian bomber, not once but twice warning the Russian Federation of the consequences.

First, it’s very important for Erdoğan to demonstrate that he is a strong political leader who isn’t afraid to make difficult decisions. He needs to strengthen his authority and earn the respect of his electorate. The incident with the Russian bomber was a display of this power. Secondly, the strained relations between the countries have become quickly evident. Russia demonstrated repeated disregard for Erdoğan, it fully ignored Turkey’s position concerning the Syrian war and ISIS. The continued flight of Russian planes over Turkish territory was the last straw.

In the end, the Russian Federation received a harsh response. “We must give credit to Erdoğan, he held his ground well,” said political scientist, Taras Chornovil.

How it will affect Ukraine?

Experts believe that deterioration in relations between Turkey and Russia can directly affect Ukraine.

“I think, now, we can expect Erdoğan’s decision on Crimea. Earlier, he remained silent in order to preserve Russian tourism. But, now when there is nothing to lose, Turkey can be open in their position that Crimea be returned to Ukraine. Moreover, Turks will likely now focus their business on Ukrainians. I think favorable tours should be expected,” said Chornovil.

Furthermore, positive growth and bilateral cooperation between Turkey and Ukraine is also possible. Turkish businesses that had been focused on the Russian market will now be transferred to the Ukrainian market; as long as authorities create appropriate conditions for it. “This applies not only to the tourism industry. We have a number of areas where mutually beneficial cooperation is possible, from agriculture to the chemical and metallurgical industries,” believed Candidate of economic sciences, Sergei Avdeenko.