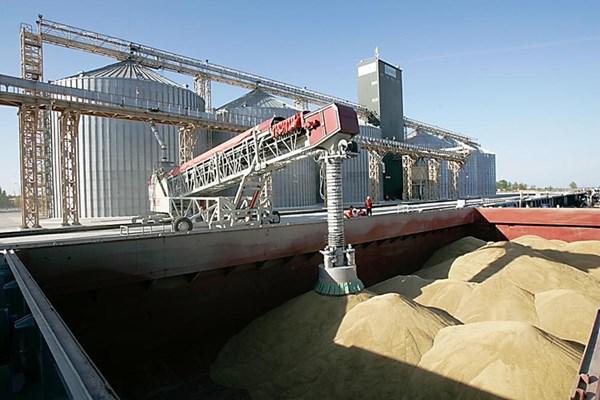 Ukraine and the US have signed a $100 million investment agreement for the construction of a gain terminal in Odessa.  The signing ceremony was held in the presence of US Ambassador to Ukraine Geoffrey Pyatt and Ukrainian Prime Minister Arseniy Yatsenyuk, as reported by Gordon.

According to Pyatt, the construction of the new grain terminal in the Yuzhny Port in Odessa will increase Ukraine’s export opportunities and create hundreds of jobs.

“I want to congratulate the American and Ukrainian businesses involved in this investment agreement.  This is evidence of a real partnership between these two countries,” Yatsenyuk said.

The American company, Cargill, is one of the largest private companies investing in food production, and is also involved in the deal.

A memorandum of intent to build the terminal was signed by the relevant parties in July of 2015.  At that time, Yatsenyuk had said that terminal would allow for the production of up to four million tons of grain.